Have you lost your Parkway High School class ring? Have you found someone's class ring? Visit our Panthers lost class ring page to search for your class ring or post information about a found ring.

Connie Lynn Osborne, 55, of Pineville, passed away on Saturday, January 9, 2016 at her home. She was born in Pineville on December 7, 1960 a daughter of Alene Jackson Osborne and the late Thomas Ray Osborne. She had worked as a house keeper for several years.

Jeanne Anne Gilman, 49, of Chagrin Falls, Ohio, formerly of Rockford, Ohio, died at 9:38 pm, Thursday, July 15, 2010 at her home after a lengthy illness. She was born January 1, 1961 in Muncie, Indiana, to Carl Eugene and Beverly Jo (Hickman) Gable. On June 3, 1989, she married Paul Gilman, and he survives in Chagrin Falls. Also surviving are her mother, Beverly, in Scottsdale, Arizona, and a sister, Jennifer (George) Bruggeman of Celina, Ohio. Three nieces also survive, along with a brother-in-law and his wife.

She was a graduate of Parkway High School (1979), Rockford, a member of the Rockford United Methodist Church, and worked as an accounting technician in retail sales.

Private graveside services will be held for the family on Monday, July 19, 2010 at Riverside Cemetery.

53, of Fredericktown, Ohio, formerly of Rockford, died unexpectedly at his home, this past Saturday, December 13, 2014. He was born in Portland, Indiana, the son of Frank and Virginia R. (Snavely) Muhlenkamp. He was employed in Fredericktown as the grounds manager for Acorn Farms. He was a 1979 graduate of Parkway High School and a member of the New Life Community Church in Fredericktown. He had lived the majority of his life in this area, moving to Fredericktown in 2007.

As published in the 1978 Almega

Michael L. Fox, 56, of Rockford, Ohio passed away on Thursday, September 14, 2017, at UT Medical Center in Toledo, Ohio, after a recent motorcycle accident. He was born on May 30, 1961, in Mercer County, Ohio, to Gary and Delight (Felver) Fox. On November 19, 1983, he married his loving wife, Nikki Sapp, who survives in Rockford.

Mike was a fun-loving husband, father, grandpa, son, brother, uncle, and friend. He loved his family dearly and especially loved their huge family vacations. Mike loved to ride his motorcycle and even joked that he would bury it with him some day. His love for riding with family and friends eventually inspired him and other family members to create the "Fox Family Ride for Autism", which raised money that the family donated to purchase electronic devices to help change the lives of many kids with autism, many of them local students. Mike lived all of his life in the Mercer county area and was involved in many organizations. He was a member of the Rockford Eagles and the Shanes Masonic Lodge. He graduated from Parkway High School in 1979, and worked at Plastipak Packaging in Jackson Center as a fork lift operator.

As published in the 1975 Almega

Tara Lynne Scare, 35 years old of Pleasant Mills, Indiana, passed away at 9:20 p.m. on Saturday, April 3, 2010 at her residence of a long-term illness.
Tara was born on Wednesday, October 23, 1974 in Decatur, Indiana the daughter of Philip W. Scare and Teresa S. (Wolfe) Scare, both of whom survive.

Tara was a graduate of Parkway High School Class of 1993; she was voted the one to Dare to be Different and that never changed, remember her prom dresses? Tara was in the National Honor Society and SADD group. She served as President in both the Future Business Leaders of America and Art Club. In Yearbook, she served as Publicity Leader and Vice President for Student Council. She was also voted Football Homecoming Attendant her Sophomore year and Queen her Senior year.

Tara graduated with a Bachelorâ€™s Degree in 1998 from Bowling Green State University in Ohio; and was a member of the Delta Gamma Sorority. In her sophomore year she served as Public Relations/Activities Chair and in her junior year she was Vice President of Rush and Recruitment. Although she was not an Official Delt Sweetheart, many of them say that she will always be a permanent one! She assisted in just about anything that needed a creative touch like, posters, shirts and invitations. Her talent is literally painted on the Delta Gamma Sorority House walls. While in BGSU, she studied Italian Art in Rome, Italy in the Summer of 1996.

She was attending the Academy of Art in San Francisco, California working on her Master's Degree in Fashion Design before moving home. We still have many of her story boards from her assigned projects and we just know that some day these designs will be on the runway â€“ for real.

God created the most creative and talented person when He made Tara. She was an independent Artist for all of her life for Ad Agencies and commissioned work. She also dabbled in Radio and Restaurant jobs to help pay rent on a regular basis. It was always a given that she would be the party planner and social butterfly for the big night out. The parties that she put together were always the talk of the town.

Tara was lucky enough go from Willshire, OH to Bowling Green, OH for college then to Cleveland, OH for her first after-school journey in the real world and then all the way out to San Francisco, CA to earn her Masters Degree and then back to Pleasant Mills, IN before going to her heavenly home.

As for hobbies, she enjoyed arts and crafts â€“ anything that she touched turned into Gold. That is why we knew it was her time to go when we saw beautiful rainbows for her to ride to her Heavenly home. She always proved how much she knew about sports by her legendary T-commentary for all televised and live sporting events she watched. She would love to go to any of the Basketball, Baseball and Football events in Cleveland and San Francisco. She loved to dine at the finest places and dress up for the night on the town with friends. It was one of her most favorite things to have a nicely plated dish with a fine wine.

Tara always enjoyed the outdoors and would try to get her hands in the dirt any chance she had. During her college days she would take random camping trips with her buddies and relax by the fire and listen the music of their drum circles. She often found serenity and a religious release when she would walk through the Japanese Rose Gardens in Golden Gate Park in San Francisco. During her short stay in Pleasant Mills she enjoyed helping her dad plant then eat all of the fruits and vegetables of their labor.

She was a member of The Bridge Community Church, Decatur, IN and served in the Childrenâ€™s Ministry with many of her aunts, grandmother and mother. She found joy in this and even was a leader with her sister at Vacation Bible School in the summer of 2009.

Friends will be received from 1-4 and 5-8 p.m. Friday, April 9, 2010 in the Zwick and Jahn Funeral Home, Decatur, Indiana and one hour prior to the service at the church on Saturday.

Funeral services will be held at 1:00 p.m. Saturday, April 10, 2010 in the Bridge Community Church with Rev. Mo Hodge officiating.

Preferred memorials for the family and can be sent to the funeral home (made payable to Zwick & Jahn) Zwick & Jahn Funeral Home, 520 North Second St., Decatur, IN 46733. zwickjahn.com or directly to Tara's home: 2242 Mulberry Street, Pleasant Mills, IN 46780 (made payable to The Scare Family).

As published in the 1979 Almega

Passed at his home in Rockford, OH.

Victor died suddenly in April of 2001. He had brain surgery in 1979 which left him blind in one eye. He rebounded from this and went on to receive his Associates Degree in Automotive Mechanics with a minor in Business from Wright State University. He worked for Mercer Landmark, Inc. in Elgin, OH where he also lived and owned a home. He enjoyed being with his many friends and niece and nephews...to which he was considered the "ultimate" uncle . He also enjoyed 4 wheeling, fishing and trap shooting to which he was recognized by the National Rifle Association for his accomplishment with his disability. 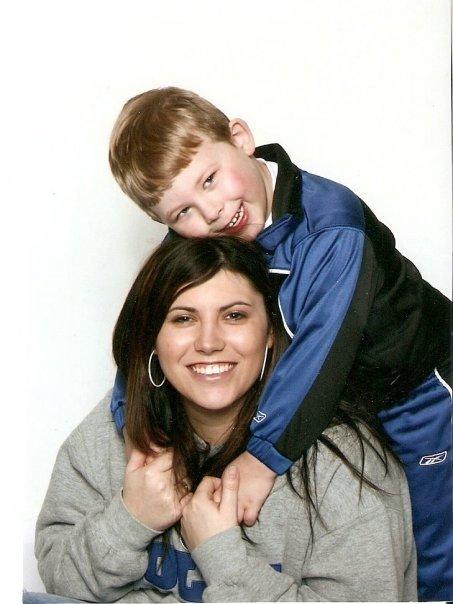 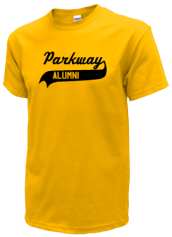 Read and submit stories about our classmates from Parkway High School, post achievements and news about our alumni, and post photos of our fellow Panthers.