Have you lost your Olathe South High School class ring? Have you found someone's class ring? Visit our Falcons lost class ring page to search for your class ring or post information about a found ring.

Aaron Doutt
Class of 1997
Army, 10 Years
Joined the Missouri National Guard in 1998. Was a 12B (combat Engineer). Deployed to Iraq from 2003-2004. After returning, I participated in ROTC at Missouri State University. I was commissioned in 2006 as a Second Lieutenant in the Infantry. After completeing all my Officer Basic Course, Ranger School, and Airborne School, I was assigned to the 82ND Airborne Division at Fort Bragg, NC.
Report a Problem

Brion Rockel
Class of 1990
Air Force, 15 Years
I am a meteorologist supporting the Army in NC. I have been deployed to or stationed in Saudi Arabia, Spain, Afganistan, Iraq, Kuwait, and S. Korea.
Report a Problem

Daniel Brian Perkins
Class of 2004
Army, 2 Years
Daniel serves with the Army National Guard and is currently attending in Topeka. But Daniel is going to college in Manhattan, Ks at K-State on the GI Bill.
Report a Problem

Jon Mohatt
Class of 1987
Air Force, 19 Years
Served in the Army for 11 years as an Armor Platoon Leader, Medical Platoon Leader and Medical Service Corp (MSC) officer. Switched from Army to Air Force and continues to serve as an AF MSC officer.
Report a Problem

Matt Young
Class of 1993
Marine Corps, 20+ Years
4 years in the Infantry on Active Duty from 94 - 98, then immediately into the Reserves. 7+ deployments, 20+ countries, and still going. Currently the Company First Sergeant at Headquarters and Service Company, 2d Bn 24th Marines in Chicago.
Report a Problem

Michael Skaggs
Class of 1989
Marine Corps, 6 Years
Served in the Marines as an Artilleryman.
Report a Problem

Mike Shults
Class of 2001
Army, 5 Years
Served 15 months in Iraq and did 12 months in Korea.
Report a Problem 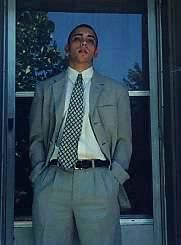 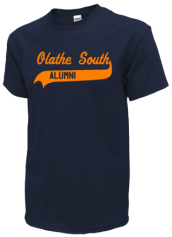 Read and submit stories about our classmates from Olathe South High School, post achievements and news about our alumni, and post photos of our fellow Falcons.

View More or Post
In Memory Of
Our Olathe South High School military alumni are some of the most outstanding people we know and this page recognizes them and everything they have done! Not everyone gets to come home for the holidays and we want our Olathe South High School Military to know that they are loved and appreciated. All of us in Olathe are proud of our military alumni and want to thank them for risking their lives to protect our country!