Have you lost your Oakmont High School class ring? Have you found someone's class ring? Visit our Vikings lost class ring page to search for your class ring or post information about a found ring.

ET2 Garrett L. Huckabay
Class of 2005
Navy, 2 Years
Nuclear Electronic Technician assigned to the USS Abraham Lincoln. Has done a tour in the Gulf. Currently an E5.
Report a Problem

lauren garcia
Class of 2005
Army, 3 Years
it was very difficult at first but then got the hang of it
Report a Problem

Marie Milligan
Class of 2009
Air Force, 1 Years
Loving it here in Germany! It feels like all of my dreams are coming true and faster than I would have ever believed. The best decision I have ever made! I have lived in so many places that I never thought I would. Couldn't be happier!
Report a Problem

Nonie Lee (Bacome) Kinner
Class of 1973
Air Force, 8 Years
I was assigned to the Transportation Squadron/Vehicle Operations in the US Air Force (1974-1982). I had the fine opportunity of working with the Protocol Office there providing transportation for the visiting dignitaries. I had two tours at Kadena AB in Okinawa. My last duty station was Grand Forks AFB, ND. Very proud to serve my country. I continued serving by becoming the Protocol Officer at the Naval Surface Warfare Center here in Panama City Beach, FL. I served there for the US Navy for 30 years in civil service. Happy to say that I'm now retired and absolutely love it!!
Report a Problem

Robert Taylor
Class of 1985
Navy, 20+ Years
As a Deep Sea Navy Diver, I am lucky to be a member of one of the best outfits serving the United States Navy. I lived my dream of working under the water andI have experienced more than I could imagine while enjoying my career choice to its fullest.
Report a Problem

William S. Smith
Class of 2000
Navy, 3 Years
William signed up for the Navy in Jan 2006, he was scheduled to leave in Jun 2006. After having his appendix removed he was delayed again till Nov 2006. Boot camp in Great Lakes, Schools in Florida and then mission on the Theordore Roosevelt Aircraft carrier to the Middle East returning in Apr 2009. Currently still servicing in the Navy.
Report a Problem 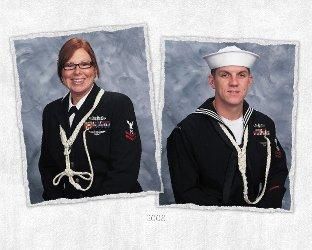 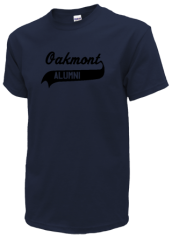 Read and submit stories about our classmates from Oakmont High School, post achievements and news about our alumni, and post photos of our fellow Vikings.

View More or Post
In Memory Of
Our Oakmont High School military alumni are some of the most outstanding people we know and this page recognizes them and everything they have done! Not everyone gets to come home for the holidays and we want our Oakmont High School Military to know that they are loved and appreciated. All of us in Roseville are proud of our military alumni and want to thank them for risking their lives to protect our country!