Have you lost your Northwest High School class ring? Have you found someone's class ring? Visit our Texans lost class ring page to search for your class ring or post information about a found ring.

Ben Turner
Class of 1966
Navy, 20+ Years
Servered in the US NAVY for 25 years
Report a Problem

Chance Densmore
Class of 1983
Army, 20+ Years
Retired in 2007 and worked on the AH-64D Longbow Apache Helicopter
Report a Problem

Corey Burnett
Class of 1991
Army, 9 Years
Wow look how thin I was after basic training many many years ago.....
Report a Problem

Eric J. Hallgren
Class of 1990
Army, 4 Years
Joined the Army at age 29 and commissioned as an officer in the Field Artillery. Served over seas in Germany and Iraq in the 1st Armored Division, 2BCT, 4-27FA...Left the Army in April of 2005 and now work in Commercial Real Estate.
Report a Problem

Jason Grider
Class of 1993
Army, 13 Years
Major in US Army. Stationed in Korea, Colorado, Virginia, and Germany. Deployments include Kosovo, Turkey, and Iraq.
Report a Problem

Kyle Campbell
Class of 1986
Navy, 19 Years
I have been on 3 aircraft carriers. Been through Desert Shield/Desert Storm, Iraqi Freedom and worked the Tsunami relief off the coast of Sumatra and much more. I got to visit every continent except for the Antarctica and South America.
Report a Problem

Michael Johnson
Class of 1992
National Guard, 18 Years
Michael oined a month after graduation at 17 years old and is still in. He was deployed overseas in 2005. He is a Sergeant First Class, and works as an Instructor.
Report a Problem

Rebecca Ratliff
Class of 1994
Air Force, 3 Years
Completed almost three years of service as a medic. Spent time at Lackland AFB, Sheppard AFB, Wright Patterson AFB, currently stationed at Tinker AFB, and has had the opportunity to work on a less than 30 day tour in Misawa, Japan. Currently striving for her RN degree and commisioning by the end of enlistment contract.
Report a Problem 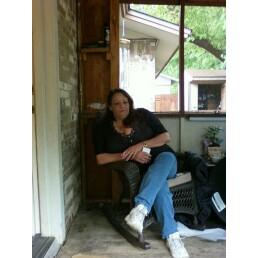 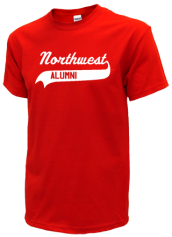 Read and submit stories about our classmates from Northwest High School, post achievements and news about our alumni, and post photos of our fellow Texans.

The registration website is finally up and running (thank you Heather)! Alumni from any neighboring class are welcome to...
Read More »

View More or Post
In Memory Of
Our Northwest High School military alumni are some of the most outstanding people we know and this page recognizes them and everything they have done! Not everyone gets to come home for the holidays and we want our Northwest High School Military to know that they are loved and appreciated. All of us in Justin are proud of our military alumni and want to thank them for risking their lives to protect our country!