Have you lost your Northwest High School class ring? Have you found someone's class ring? Visit our Lions lost class ring page to search for your class ring or post information about a found ring.

Andy Adams
Class of 1968
Navy, 20+ Years
Spent 5 years on active duty - 3 on a WWII destroyer and 2 on a supercarrier (JFK) as an engineering officer. Spent 17 years in the Naval Reserve as an Engineering Duty Officer (part of the Navy that designs, builds and repairs ships). Retired as a CDR (0-5) in 1994.
Report a Problem

Leonard (Frank) Massey
Class of 1981
Navy, 4 Years
I was stationed in Beeville TX. It was a training command for Pilots.
Report a Problem

Randy Lee Williams
Class of 1977
Army, 20+ Years
Retired in 2006 after 25+ years of service as a Colonel and Middle East Foreign Area Officer. Began his career in the Infantry. Served over 11 years focused on the Middle East with US Central Command, DIA, and US Embassies in Jordan and Kuwait, and with multiple visits to Iraq, Syria, Arabian Peninsula and the Horn of Africa. Met some great Americans over the years and was proud to serve
Report a Problem

steve barner
Class of 1964
Army, 4 Years
served 4and a half years all overseas in the pacific area never been so glad to kiss american soil when i got back served 1966-1970missed a lot of things that went on in america while i was gone
Report a Problem

Steve Manson
Class of 1984
Navy, 20+ Years
Served in the Navy for 22 years. Retired in February 2007. I retired as a Senior Chief Information Systems Technician with a Surface Warfare designation.
Report a Problem 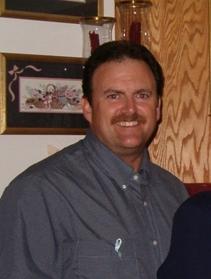 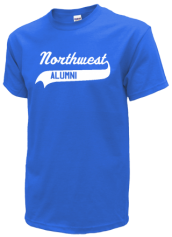 Read and submit stories about our classmates from Northwest High School, post achievements and news about our alumni, and post photos of our fellow Lions.

Post Your News
In Memory Of
Our Northwest High School military alumni are some of the most outstanding people we know and this page recognizes them and everything they have done! Not everyone gets to come home for the holidays and we want our Northwest High School Military to know that they are loved and appreciated. All of us in House Springs are proud of our military alumni and want to thank them for risking their lives to protect our country!