Have you lost your Northern High School class ring? Have you found someone's class ring? Visit our Patriots lost class ring page to search for your class ring or post information about a found ring.

Benjamin Cady
Class of 2006
Air Force, 5 Years
Supply troop in the AF. Served in OIF and OEF. Stationed in Korea, and work for a military shipbuilding company in Virginia.
Report a Problem

Brett Miller
Class of 2002
Air Force, 6 Years
Stationed out in Nellis was a crew chief on F-15 fighter jets
Report a Problem

Jared "Jay" Harty
Class of 1990
Army, 16 Years
Enlisted into the Army in 1990 and served 6 years. Attended college in 1996 on an ROTC scholarship. Was commissioned as a 2nd Lieutenant in 2000 and still going strong. Was promoted to Major in 2009 and currently stationed at Ft Leavenworth, KS. Have been deployed 4 x times ( 3 x Iraq and 1 x Kosovo). God Bless!!
Report a Problem

Jon D. Black
Class of 1984
National Guard, 20+ Years
Enlisted in the Marine Corps upon graduation.\
Went to college & ROTC commissioned as an Army Infantry Officer. Currently serving in Afghanistan as a Combat Adviser 2009. Will return to the MD National Guard on my return from deployment

Michael Johnson
Class of 1985
Air Force, 20+ Years
Retired as a TACP (Tactical Air Control Party) member in Jan of 2011. 23 years of wonderful service. Met my wife in Kuwait during operation DESERT FOX. Deployed in direct support of operations OEF/OIF. Was a military training instructor from 2001 to 2005,
Report a Problem 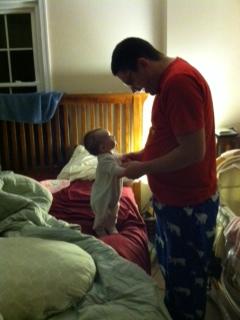 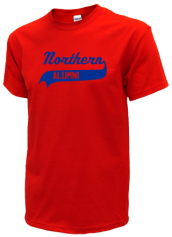 Read and submit stories about our classmates from Northern High School, post achievements and news about our alumni, and post photos of our fellow Patriots.

I need help with a very interesting case

My name is Carlie Russell, and I'm posting here for a very interesting reason. I'm a prod...
Read More »

View More or Post
In Memory Of
Our Northern High School military alumni are some of the most outstanding people we know and this page recognizes them and everything they have done! Not everyone gets to come home for the holidays and we want our Northern High School Military to know that they are loved and appreciated. All of us in Owings are proud of our military alumni and want to thank them for risking their lives to protect our country!