Have you lost your Northeastern High School class ring? Have you found someone's class ring? Visit our Bobcats lost class ring page to search for your class ring or post information about a found ring.

Corey Rudy
Class of 1998
Army, 8 Years
Served 8 years active duty from 1998 through 2006. Stationed in Germany, Washington, and Kansas. Deployed to Iraq twice. Honorably discharged at the rank of SGT.
Report a Problem

Corey Rudy
Class of 1998
Army, 8 Years
Served 8 years of active duty service from 1998 through 2006. Stationed in Germany, Washington, and Kansas. Deployed to combat in Iraq twice. Honorably discharged at the rank of SGT.
Report a Problem

David Copenheaver
Class of 1979
Air Force, 20+ Years
Worked on personal staff of SECDEF as well as an Enlisted Aide to the VCJCS and SACEUR
Report a Problem

David Eisensmith
Class of 1999
Air Force, 6 Years
In 2005, David decided to reenlist in the Air Force for another four years. He will be leaving in June 2006 for a one year tour in Korea. God Bless Our Troops
Report a Problem

Jeremie Thomas
Class of 1993
Army, 5 Years
Served in MI as a Russian Linguist/Intel Analyst. Spent most of my time in Europe. I've been to Russia, Bosnia, and Kosovo.
Report a Problem

Joseph Shirey
Class of 1999
Marine Corps, 4 Years
A a seargant in the Marine Corps I have been stationed in Florida, San Diego, and Maryland. Ive completed two tours in Ar Ramadi, Iraq as an intelligence specialist working with Navy Seals, Force Reconnaissance Marines and army Airborne.
Report a Problem

Joseph T. Richburg
Class of 1993
Army, 5 Years
Serving the Amy the best that I can from Korea to El Paso Tx
Report a Problem

Mark Damon
Class of 1987
Navy, 6 Years
Served aboard the USS Enterprise as an Engineering Laboratory Technician, from 1990 to 1994.
Report a Problem
12 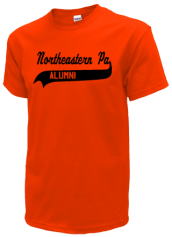 Read and submit stories about our classmates from Northeastern High School, post achievements and news about our alumni, and post photos of our fellow Bobcats.

Hello, I am from ASSE International student exchange program. We have received approval for 2 students to attend Northe...
Read More »

View More or Post
In Memory Of
Our Northeastern High School military alumni are some of the most outstanding people we know and this page recognizes them and everything they have done! Not everyone gets to come home for the holidays and we want our Northeastern High School Military to know that they are loved and appreciated. All of us in Manchester are proud of our military alumni and want to thank them for risking their lives to protect our country!