Have you lost your North Polk High School class ring? Have you found someone's class ring? Visit our Comets lost class ring page to search for your class ring or post information about a found ring.

Coleen was born to Tom and Velma (Scott) Owens on January 5, 1953, in Creston, Iowa. She grew up in Polk City, Iowa, and graduated from North Polk High School in 1971. On July 31, 1971, Coleen married Virgil Lee Danielson, II. This happy union was blessed with two wonderful children: Dylan Thomas Danielson and Dawn Renae Danielson.

Coleen enjoyed being a wife and mother. Through the years she worked several part time jobs, however, felt fortunate to be able to stay at home with her family. In recent years Coleen worked at the Woodward Resource Center, a school for students with special needs. Coleen's best times were those spent with her family, especially her grandchildren whom she dearly loved and enjoyed. Coleen enjoyed the computer, and liked to embroider and to crochet. She was a member of the Madrid Evangelical Free Church where her church family was very special to her. Coleen loved the beautiful State of Iowa and always said, "it's the best place to raise kids and corn."

Coleen was preceded in death by an infant brother, her father and grandparents, and the love of her life, Virgil. She is survived by children, Dylan Danielson and Dawn (Greg) Hockemeyer; grandchildren Ray and Rose Danielson and Katelyn Hockemeyer; mother, Velma Owens and her companion Gerry Wilson; nephew, Tommy Owens; niece, Morgan (Owens) Wise.

Visitation will be held on Sunday, July 17, at Sundberg-Kirkpatrick Funeral Home from 3 to 5 p.m. with the family present. The funeral will be at 10 a.m. on Monday, July 18, at the Evangelical Free Church in Madrid with a luncheon to follow.

In lieu of flowers, memorials may be made to the Evangelical Free Church in Madrid.

Elwyn was born to Lena and Sidney Marsh on November 17, 1921 in Collis, MN. At a young age his family moved to Mapleton, Iowa.

Elwyn enlisted in the US Army in April 1941. He participated in the bitterly cold Aleutian Campaign. He received a battlefield commission of 2nd Lieutenant with Gen. George Patton's Third Army and was wounded in action February 1945 im Prum, Germany. He received the Purple Heart.

Elwyn met and married his wife of 62 years, Honora, on June 18, 1946 in Salzburg, Austria. He ended his Army career in 1947. He was a member of the American Legion Post of Polk City.

Over the years Elwyn was employed as a trucker, carpenter and mechanic. He enjoyed fishing, watching football ( he was an avid MN Vikings fan), westerns and spending time with family and friends.

The family will receive friends one hour prior to the service at the funeral home.

Memorial contributions may be made to the family to help with final expenses.

published on May 25, 2007 DesMoines Register

FRANK TOWNSLEY
Osceola
Frank Townsley, 54, passed away Wednesday May 23 at his home in Osceola, with his family by his side. Services will be held 10:30 a.m. Saturday, May 26, at Kale Funeral Home in Osceola. Visitation will be open after 9 a.m. Friday at the funeral home with the family present to greet friends from 6 to 8 p.m. Friday evening.
He is survived by his wife, Ann of Osceola, IA; daughters, Kelli Olson of Adel, IA, Kari Osborn of Des Moines, IA, Krissi Luna of Des Moines, IA; step-son, Jeremy Smith of Des Moines, IA, and step-daughter, Misty Plathe of Grimes, IA.
Interment will be in Maple Hill Cemetery, Osceola, IA.

Honorata Marsh passed away peacefully on April 22, 2011 in her home in Polk City Honora was born to Schepan , and Kazmiera Wozniak on April 21, 1925 in Lodz, Poland the second of four children.

Honora was preceded in death by her son, Jimmy Lee Marsh in August 1976, and her husband Elwyn Marsh in June 2009. Graveside services will be held at a later date. "We Will Miss Her Very Much".

My dear sister Janet passed away from Melanoma Cancer in 1998 at the age of 47. She left behind one daughter Laura, and one son Lance. Janet was very active all four high school years as a basketball and football cheerleader.

John passed away from complications of diabetes.

My dear sister Sue passed away at the age of 59 from Emphysema. She was a devoted mother of four children, grandmother of 12, and great grandmother of 4. She lived in Iowa until 1986, then moved to Missouri to be near her mother and siblings.

LuAnn started her career at Firestone in 1974, and after 31 years of dedicated service she retired in January of 2006, as a receiving checker. She was a member of USW Local 310, where she had been a union steward and treasurer. LuAnn worked on the campaign staff and had been a driver for Roxanne Conlin during Roxanneâ€™s run for governor in 1982.

Memorial contributions may be made to the Animal Rescue League. 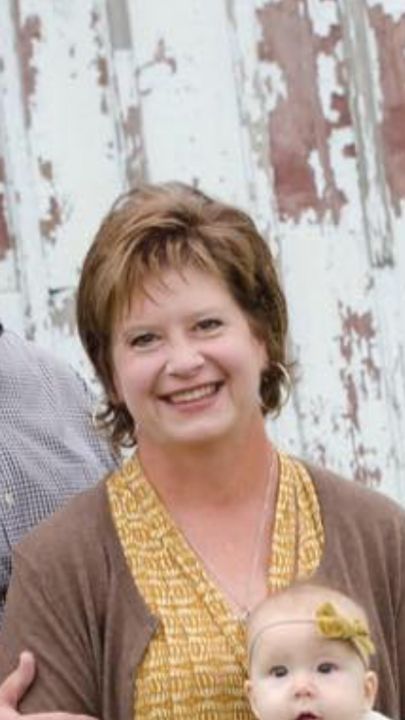 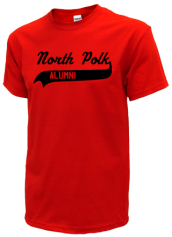 Read and submit stories about our classmates from North Polk High School, post achievements and news about our alumni, and post photos of our fellow Comets.