Have you lost your Norris High School class ring? Have you found someone's class ring? Visit our Titans lost class ring page to search for your class ring or post information about a found ring.

Gina fought a courageous battle with cancer for several years. She lived in Maui and LOVED it there. The final 2 treatments she had were in San Antonio, TX and proved unsuccessful. She will be deeply missed.

John had a liver disease and diabetes that lead to his death in 2014.

Kevin was killed in a car-train accident in Hickman, NE. 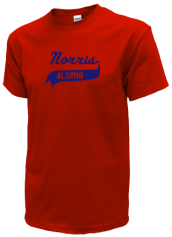 Read and submit stories about our classmates from Norris High School, post achievements and news about our alumni, and post photos of our fellow Titans.

Mark Capps has passed on. Services are still pending.

He will be missed by family and friends.
Read More »