Have you lost your Newbury Park High School class ring? Have you found someone's class ring? Visit our Panthers lost class ring page to search for your class ring or post information about a found ring.

Amanda (Brooks) Provenzano
Class of 2002
Army, 2 Years
I served 2 years as a Behavioral Health Specialist, which was amazing. Sadly, injured my back after a hazing accident, and was honorably medically discharged. I got to the rank of E3/PFC.
My husband also served as a US Marine, and early retired after 16.5years.

Burt Severy
Class of 1970
Navy, 4 Years
Served in Vietnam in 1971,1972 until it ended in January of 1973,Skylab 2 recovery team then sent to Iran for sixty days of desert sun and a flight home,compliments of U.S.A.F.
Report a Problem

Francis "Sam" Obert
Class of 1984
Navy, 20+ Years
Served on 3 submarines (1 missile and 2 attack) and a submarine repair tender in Guam. Completed 3 deployments to the Persian Gulf.
Report a Problem

George Sniffen
Class of 1977
Air Force, 20+ Years
served in the Air Force as a Communications
Specialist, Transporter/Planner, Logistics Planner and Humanitarian Disaster Relief Planner from May 1977 thru 2001 for 24 years, deploying to and supporting operations around the world to include Desert Shield and Desert Storm. Continued to serve as a Federal Contractor at Headquarters US Pacific Command in Hawaii as a Homeland Defence Planner/Analyst supporting 911 and Enduring Freedom operations. Presently, serving as an Air Force Civil Servant for Headquarters NORAD and US Northern Command at Peterson Air Force Base in Colorado Springs as a Homeland Defense and Defense Disaster Relief Support Planner/Analyst from 2004 till present. 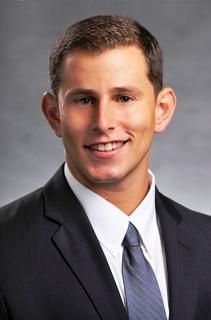 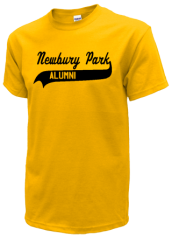 Read and submit stories about our classmates from Newbury Park High School, post achievements and news about our alumni, and post photos of our fellow Panthers.

Past Panther Players your time has come to rejoin all the memories! November 17th @ 6pm will be the Alumni game. Please ...
Read More »