Have you lost your Newberry High School class ring? Have you found someone's class ring? Visit our Panthers lost class ring page to search for your class ring or post information about a found ring.

Kenny Cobb
Class of 1981
Air Force, 20+ Years
After NHS joined US Marine Corps then transfered to US Air Force. I have traveled all over this world to include the South West Asia area 5 times. I am currently a E8 (Senior Master Sergeant) and I have not yet retired.
Report a Problem

Patricia Darlene Cook McCormick
Class of 1973
Air Force, 20+ Years
Joined at 19 after I had been laid off from my 2nd job out of high school, completed my 20 years of military police, diet therapy and finally training manager. Retired in Tampa, FL in 1995 and still working for a lilving
Report a Problem

Patricia Darlene Cook McCormick
Class of 1973
Air Force, 20+ Years
US Air Force from May 1975 through May 1995, came in at the end of Vietnam and through the 1st Gulf War. Started out in law enforcement and ended as Base Level Training Manager at MacDill AFB. Retired, E-7 MSgt. Married to Don L. McCormick from Downey, CA USAF Retired from 1973-1993, Vietnam and Gulf War veteran.
Report a Problem

Roy Jones
Class of 2001
Army, 8 Years
us army active duty in iraq,cuba and many other places...
Report a Problem

Sammy Hammonds
Class of 1981
Marine Corps, 20+ Years
Still on active duty serving as an Engineer Equipment Officer. I am a CWO4 and am preparing to deploy to Iraq for a 13 month deployment, which will be my second tour. The Marine Corps has allowed me to travel to many places around the world for various reasons and It has also allowed me to attend the University of Florida to attain my undergraduate degree.
Report a Problem 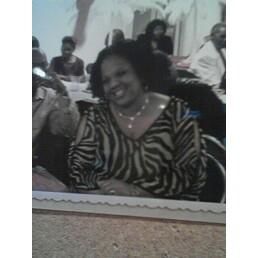 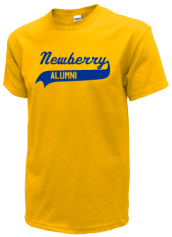 Read and submit stories about our classmates from Newberry High School, post achievements and news about our alumni, and post photos of our fellow Panthers.

Post Your News
In Memory Of
Our Newberry High School military alumni are some of the most outstanding people we know and this page recognizes them and everything they have done! Not everyone gets to come home for the holidays and we want our Newberry High School Military to know that they are loved and appreciated. All of us in Newberry are proud of our military alumni and want to thank them for risking their lives to protect our country!