Have you lost your New Lothrop High School class ring? Have you found someone's class ring? Visit our Hornets lost class ring page to search for your class ring or post information about a found ring.

Belkis Slazas (Roberson)
Class of 1979
Army, 20+ Years
My first job in the Army was a Military Policemen. Served three and a half years then went to school to become a Parachute Rigger. Was stationed at Ft.Bragg, NC all but one year where I was stationed in Pusan Korea. Went to the first golf war and Iraq. Met the love of my life while in Iraq. We have 5 kids between us and will soon be grandparents.
Report a Problem

Bill Dignan
Class of 1982
Navy, 16 Years
8 years in the Navy and 8 years in the Coast Guard.
After graduation I enlisted in the U.S. Navy. My first assignment was in Jacksonville Florida, to the VA-105 (Gunslingers). We were a light attack aircraft bomber squadron. We were deployed on 9 month around the world cruise on the brand new aircraft carrier CVN-70 Carl Vinson. I worked the flight deck as a plane captain on the A-7E Light attack bomber. We visited seveal ports. France, Kenya Africa, Australia, Philippine Islands, korea, Hong Kong,Japan. We then deployed to Puerto Rico. Then replace a Marine Corp squadron in Iwakuna Japan, Back to Philippine Islands, then to Okanawa Japan. Then 4 month on the aircraft carrier, USS Forrestal. I then Tranferred to the Naval aircraft Test Center in Patuxent River, MD. I was assigned to work on the new Navy helicopter prototypes. I worked on 4 different models of aircraft. I worked on the sonar dipping sonar used to detect submarines. After 4 years I recieved orders to Guantanamo Bay, Cuba. I was also working on the Coast Guard Helicopter. The Coast Guard approached me and asked me to come in the Coast Guard and get them up to speed on the aircraft. I gave up my orders to Cuba and enlisted in the Guard. I went to Mobile Alabama Coast Guard Aircraft Training center. I got my flight wings and became a rescue crewman. After training that station I was sent to Kodiak Alaska to train them. I performed many rescues as seen on "Deadliest Catch " the crab fisherman in Alaska. I then transferred to Cape cod and retired from there. I moved back to Grand Haven, Michigan (Coast Guard City, USA). I worked for a furniture company called Herman Miller as a computer network toubleshooter. After 7 years I decided to enjoy my retirement. I have 2 sons. 23 and 20. One is a chef, the other is training to be a body guard. I have a Jack Russel terrier I got from the rescue shelter 4 years ago.

Donald T. Hewitt Jr.
Class of 1986
Marine Corps, 3 Years
Don work as a machinist, in the corp. He is a floor supervisor for a casino in south western Michigan. He is married and has 2 daughters. 14 and 7
Report a Problem

Joseph Toma
Class of 2001
National Guard, 6 Years
Served as a member of the 144th Military Police Company out of Owosso Michigan. I was responsible for setting up and maintaining the communication networks and equipment for the unit.
Deployed twice: Operation Noble Eagle, Hurricane Katrina.
Guarded the Pentagon for a year during Operation Noble Eagle.
Provided support to local law enforcement by enforcing curfew at night and guarding Red Cross distribution points during the day.

Randy Roach
Class of 1988
Army, 17 Years
At 17yrs and counting. Did a hitch on active duty and was stationed in Darmstadt, Germany as a 31M(multi-channel communications). Had a break in service and joined the Florida National Guard as a 31M. After a few years changed to 14M( Man Portable Air Defense System Crewmember) and then 14S (Avenger Crewmember). I joined the Michigan National Guard and converted to 92Y (Unit Supply) and joined the Active Guard. I have been called up for Hurricane Katrina and Operation Iraqi Freedom. Upon my return from my deployment I took yet another job as a 21B (Combat Engineer).
Report a Problem

Ronald Glen Hewitt
Class of 1988
Army, 8 Years
Ron was a Medic in the Army and when he got out of the regular Army he was in the Reserves. He continued his Medic status there. He is now a corrections officer. Has been for 11 years now. He is married and has 2 daughters. 7 and 5
Report a Problem

Sean Ivan
Class of 1988
Army, 3 Years
Sean was a medic in the 10th Mountain Division.
Report a Problem

Tony Johnson
Class of 1975
Air Force, 4 Years
1976-1980
Communication and cryptographic Tech in USAF Security Service. Spent all of the four years in Texas except for a two-month TDY in San Vito Air Base in Italy. Went from Basic at Lackland AFB (San Antonio) to tech school (Wichita Falls), and then back to my main assignment on Security Hill, Kelly AFB (San Antonio.)

Zachary Pinchock
Class of 2000
Army, 10 Years
Sgt. Pinchock has been on three tours of duty and is going to be leaving on his fourth tour this fall.
Report a Problem 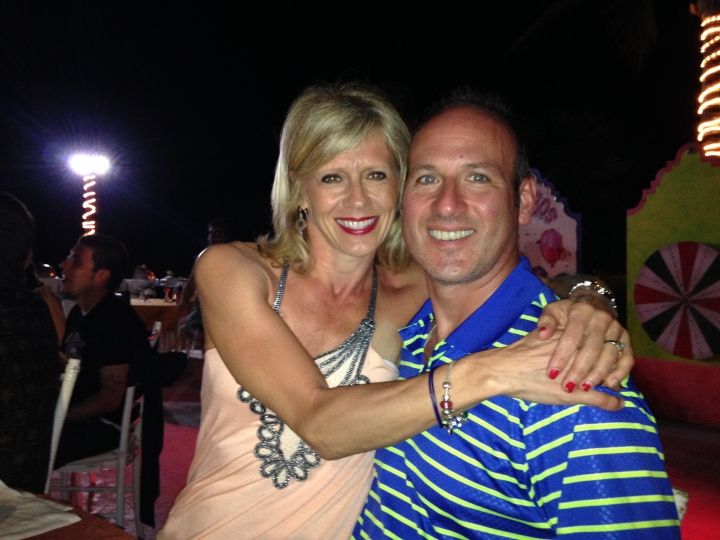 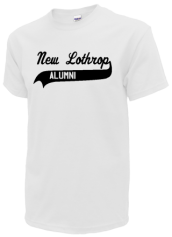 Read and submit stories about our classmates from New Lothrop High School, post achievements and news about our alumni, and post photos of our fellow Hornets.