Have you lost your New Holstein High School class ring? Have you found someone's class ring? Visit our Huskies lost class ring page to search for your class ring or post information about a found ring.

My little bro went to NHHS, for his first 3 years of high school. Than move to Appleton were he went to East High 1989. But past on July 21, 1990 when trying save a friend life who fell in the water near the Menasha dam.

Obituary for Christopher T. Kraus
Christopher “Chris” T. Kraus, age 43, of Saukville, passed away unexpectedly Sunday, October 11, 2015 after suffering an apparent heart attack.
Chris was born November 7, 1971, to Tom & Deb (Berg) Kraus. He attended grade school at Marytown and St. Anna. He graduated from New Holstein High School in 1991.
On April 26, 2003, he married Gail Rosine at St. Mary’s Catholic Church in Marytown.
Chris was employed at Bremer Mfg. in St. Anna. Chris was an avid Brewer’s fan and enjoyed being active in his children’s sports activities. He loved coaching baseball for his son, Parker’s baseball team and cheering on for his daughter, Bentley’s soccer team. Chris cherished spending time with his extended family and his friends.
He is survived by his wife, Gail; his son, Parker and daughter, Bentley; his parents, Tom & Deb Kraus of Marytown; three brothers, Cory (Becky) Kraus of St. Anna, Nathan (Stacie) Kraus of Marytown and Aaron Kraus of Marytown; his father-in-law and mother-in-law, Robert & Barb Rosine of Mosinee; his sister-in-law, Tara (Shawn) Leszczynski of Mosinee; nieces and nephews, Carson, his Godson, Carvin; Lily, Ethan and Micah; Madisyn; his paternal grandmother, Betty Kraus; his God-daughter, Brianna. He is further survived by many aunts, uncles, cousins, other relatives and many friends.
Preceding him in death were his maternal grandparents, Stanley & Betty Berg; a step-maternal grandfather, George Pranke: his paternal grandfather, Benno Kraus and a cousin, Kimberly Kraus.
A Liturgy of the Word Service will be held at 6:30pm on Thursday, October 15, 2015, at St. Mary’s Catholic Church in Marytown (N10232 County Road G New Holstein, WI 53061). Chris will be laid to rest in the parish cemetery.
Family and friends may call at the church in Marytown on Thursday from 2:00pm until 6:00pm.
In lieu of flowers, memorials may be directed to the family for a trust fund established for his children.
For additional information, please contact the Sippel Funeral Home in New Holstein (920) 898-4300 or visit www.sippelfuneralhome.net

David “Bubba” “Sprocket” R. Steffes, 35, of Manitowoc, died unexpectedly at his home on Sunday, April 30, 2017.
He was born on May 15, 1981, in Fond du Lac, a son of Joseph and JoAnn Wagner Steffes. He was a graduate of New Holstein High School, Class of 1999.
On July 30, 2014, he married Kari B. Wagner at Bethany Lutheran Church, Manitowoc.
David was well liked by his employer, Wiese Brothers Farms, where he worked in the shop and the fields. Prior to that, he worked for KSI Construction. He loved four wheeling, snowmobiling, and working outside. He enjoyed playing sheepshead with the neighbors and country music.
He is survived by his wife, Kari, and her two children: Darian and Gavin; his parents, Joseph and JoAnn Steffes of Johnsburg; two brothers: James (Hannah) Steffes of Appleton and Donald “DJ” Steffes of Madison; five nieces and nephews: Asa, Noah, Alyssa, Silas, and Hailey; aunts, uncles, and cousins; and his fur babies: Lilly and Ollie. He is further survived by his in-laws.
VISITATION: The visitation will be from 3:00 – 7:00 p.m. on Thursday, May 4, 2017, at Kurki-Mach Funeral Chapel & Crematory, 31 East Division Street, Fond du Lac.
SERVICE: The funeral service will be held at 7:00 p.m. on Thursday at Kurki-Mach Funeral Chapel & Crematory with Deacon Dale Paczkowski officiating.
Cremation will follow the traditional service.
Memorials would be appreciated.
Special thanks to the Manitowoc Police Department and the Manitowoc County Coroner. His life continues with the donation of his eyes, pericardium, heart valves, arteries, veins, and bones.
SERVICES
Visitation
Thursday, May 04, 2017
3:00 PM - 7:00 PM
Kurki-Mach Funeral Chapel & Crematory
31 E. Division Street
Fond du Lac, Wisconsin 54935
Funeral Service
Thursday, May 04, 2017
7:00 PM
Kurki-Mach Funeral Chapel & Crematory
31 E. Division Street
Fond du Lac, Wisconsin 54935

A good friend who is no longer with us but served proudly in Iraq and Afghanistan, Fayette M. Frahm

1951-2011. Married James Schoeborn in 1971.
From her obit at FDL Reporter, as well as Sippel Funeral Home:
Joan was a member of St. John the Baptist Catholic Church in Johnsburg and was the treasurer of the Parish Council. She formerly served as treasurer for the parish Altar Society. Joan was a member of the Malone Area Heritage Museum where she served on the newsletter committee. For many years Joan was active with her daughters in 4-H. She served as the general leader for the Johnsburg Lakeviewers 4-H Club and taught many members how to knit, crochet, and sew.

Joan was employed at National Exchange Bank & Trust in Fond du Lac. She had an AAP Degree and was a team leader in the Account Services Department. 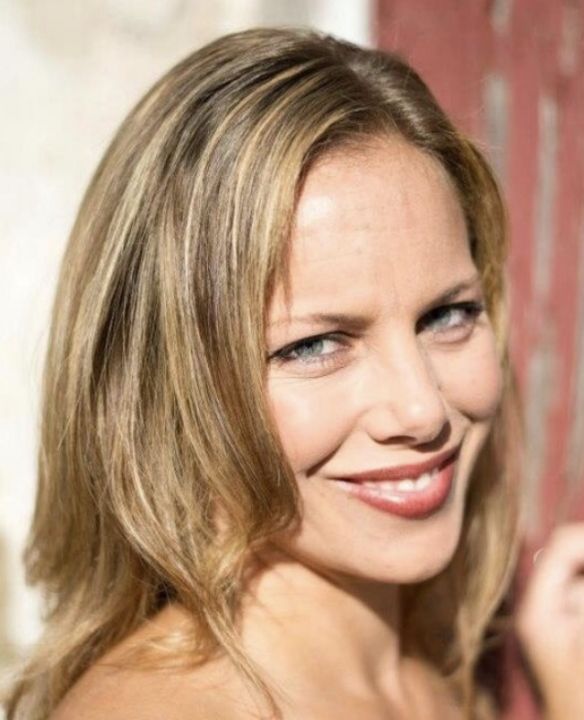 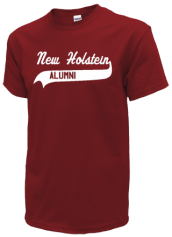 Read and submit stories about our classmates from New Holstein High School, post achievements and news about our alumni, and post photos of our fellow Huskies.

Jessica Brown (Growe) is a current contestant in Oprah's OWN competition, vote for her and spread the word, contest ends...
Read More »