Have you lost your Navarre High School class ring? Have you found someone's class ring? Visit our Raiders lost class ring page to search for your class ring or post information about a found ring.

Adam Buchanan
Class of 2002
Air Force, 2 Years
Adam is a 1st Lieutenant in the Air Force. He is a Flight Navigator flying the F15 Strike Eagle.
Report a Problem

Ann Levison
Class of 2004
National Guard, 3 Years
Joined the Army National Guard my senior year of high school. I am in the Signal Corp
Report a Problem

Ashley (Dobbins) Rolfe
Class of 2001
Air Force, 4 Years
I am stationed at Kadena AB in Okinawa, Japan. I am currently in the 67 FS flying the F-15C.
Report a Problem

Ben Crawford
Class of 2002
Air Force, 3 Years
I am stationed at Fairchild AFB in Washington and will be heading to South Korea here soon.
Report a Problem

bobby rodgers
Class of 2000
Army, 8 Years
Served in Iraq twice with the 82nd abn and the 101st abn getting medically retired as a E-6 promotable
Report a Problem

bobby rodgers
Class of 2000
Army, 7 Years
i am a E-6 stationed at fort campbell ky of the 101st i have been deployed to iraq 2 times.
Report a Problem

Caela Rhoades
Class of 2011
Navy, 1 Years
Stationed in Yokosuka Japan and was injured on USS George Washington in 2015
Report a Problem

Edward Ryan Layne
Class of 2014
Army, 2 Years
11 Bravo Infantryman, Active Duty, Goal is 20 years and to retire as a Captain.
Report a Problem

James Levison
Class of 2003
Army, 10 Years
As an Infantryman I spent 27 Months in Combat
Report a Problem

James Levison
Class of 2003
Army, 10 Years
As an infantryman I was sent to Germany to train up for a 15 month deployment to Baghdad where my unit's losses are well documented to be the hardest hit unit since Vietnam. I returned back to Germany to train and spent 12 months in diyala province Iraq. 3 weeks before the completion of that tour the vehicle that I was gunning on was struck by a roadside bomb. After being diagnosed with PTSD and TBI I parted ways with the military with hopes of making a life and understanding and coping with those diagoses
Report a Problem

Jessica Horton
Class of 2001
Air Force, 6 Years
I am currently a SrA (E-4) in the Air Force Reserves. I am stationed out of Duke Field Crestview).
Report a Problem 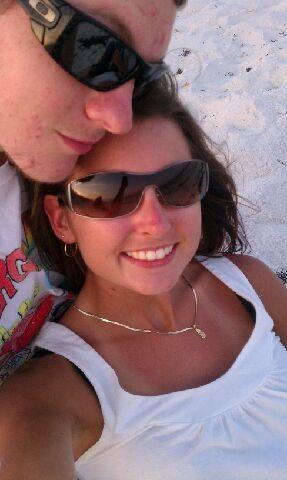 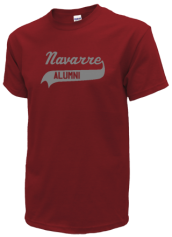 Read and submit stories about our classmates from Navarre High School, post achievements and news about our alumni, and post photos of our fellow Raiders.

Post Your News
In Memory Of
Our Navarre High School military alumni are some of the most outstanding people we know and this page recognizes them and everything they have done! Not everyone gets to come home for the holidays and we want our Navarre High School Military to know that they are loved and appreciated. All of us in Navarre are proud of our military alumni and want to thank them for risking their lives to protect our country!