Have you lost your Natrona County High School class ring? Have you found someone's class ring? Visit our Mustangs lost class ring page to search for your class ring or post information about a found ring.

Charles R. Hamilton
Class of 1964
Army, 20+ Years
Went from E-1 to E-6 and then 01 to 04. Worked in Human Resources, Computers (programming and operations), Counter Int., Field Artillery and Air Defense Artillery. Enjoyed it all and had the opportunity to see most of the world.
Report a Problem

Charlie Drown
Class of 1958
Navy, 4 Years
Served aboard destroyer in the western pacific
Report a Problem

Dan Greenley
Class of 1967
National Guard, 6 Years
served 6 years in wyo. air national guard (when regular military refused to take me because of a heart murmer) during Vietnam war war. The first 2 years I served as a fire protection crash rescue specialist, and the last 4 years I was an electrician. I was a staff sergeant when I got out in 1972. Even though I could not serve in the Active duty I was proud to serve support to Vietnam in the service of my country.
Report a Problem

Donald J. Etnier
Class of 1967
Army, 4 Years
I joined after high school and was placed in military intelligence...generally referred to as an oxymoron! July 4th 1968 arrived in Saigon and eventually stationed in Phu Bai. One year later I went to southern Japan for two years.
I think the hardest part of Viet Nam was coming home. I joined out of patriotism but arrived home and was despised. Something our country has forgotten is that over 100,000 returning Viet Nam vets have committed suicide.

Lee C Dunlap
Class of 1955
Army, 20+ Years
Active Duty 1955 - 1977 most of it in Special Forces. DOD civilian 1980 -2001 retired from the US Special Operations Command at MacDill AFB Fl. Reside in the Brandon/Riverview area presently...
Report a Problem

Wyoming's junior senator went to Afghanistan to check out the health care available for the troops fighting in Operation Enduring Freedom.

During his visit, U.S. Sen. John Barrasso, R-Wyo., hoped to see one of the 17 Wyoming National Guard members serving there. He didn't expect to find a former patient, Lt. Col. Don Axlund.

The senator's visit to Kabul had the same purpose as his Thanksgiving visit to Baghdad.

"As a doctor, I wanted to see our injured warriors got first-class care," he said.

The U.S. contingent of the NATO forces in Afghanistan currently numbers 28,000, the largest representation from the 35 countries that make up the multinational force.

Barrasso said the Wyoming Guard has received notification of training for a 2009 deployment that likely will put more of them in Afghanistan next year.
*

Barrasso, along with Sen. David Vitter, R-La., and Assistant Secretary of Defense Robert Wood, visited Kabul and the Russian-built air base north of that city in Bagram that houses the hospital.

"They had the equipment you would want: a CT scanner, operating room, the same as Wyoming Medical Center," Barrasso said.

During his tour of the air base that is the most modern city in Afghanistan, Barrasso was re-acquainted with Axlund, a former athlete from Natrona County High School.

Don's father, George, was in his garage, working on fishing lures, when the phone rang at 10:30 p.m. on a Tuesday. The call was from Barrasso, who was having breakfast with Don in Afghanistan.

Barrasso's last contact with Axlund was in high school, when he operated on the teen's broken hand.

"We were very touched by his (Barrasso's) doing that," said Marlene Axlund, Don's mother. "It was uplifting for the guys to have him over there."

The Axlunds' oldest son grew up in Casper, graduating from NCHS in 1987 and the University of Wyoming in 1991. The 38-year-old helped pay his college expenses with a summer lawn service.

He received a regular commission in the Air Force from President George H.W. Bush because of his college record in ROTC.

Married to Amanda, with a daughter, also Amanda, the senior pilot is assigned to the Pentagon as chief of air missions planning.

In that role, he coordinates all of the airlift support requirements for the most senior government and Department of Defense officials, including the president and vice president.

For the last 4-1/2 months, the senior pilot has set aside flying for an assignment in Kabul, developing training, leadership and readiness assessment programs for the Afghan National Police.

The program is a new initiative by the Afghan Interior Ministry to improve policing in Afghanistan, district by district, according to an e-mail from the lieutenant colonel.

"Our purpose is to develop an effective, well-organized and professional police force loyal to the government of the Islamic Republic of Afghanistan," he said.

In a country where 85 percent of the population has no electricity or plumbing, there are few roads and 82 percent are illiterate, Don is getting an "education he didn't expect," Marlene said.

Her son has an interpreter for Dhari, the main language of Afghanistan. Most of the communication is verbal, in a language that uses the same word for hand and the whole length of the arm from the fingers to the elbow.

"We commend Sen. Barrasso for going over there to get a first-hand experience of what they need," George said.

"We're proud of our son, but all the others too. They all deserve a lot of credit."

A letter from Kabul

Excerpts from an e-mail from Lt. Col. Don Axlund::

"Progress is being made, but challenges remain politically, as shortfalls exist primarily in manpower from our NATO/Coalition partners; this concern is presently being addressed and corrected by senior leadership.

The Afghan illiteracy rate is exceptionally high (between 70-75%), thus training the locals under traditional methodologies is exceptionally difficult. Many don't understand the basics of counting, street signs, even fuel gauges in a vehicle or generator, much less the complexities
of modern community policing.

War and oppressive regimes have prevented a community policing program in Afghanistan for many decades, but we're working diligently to develop one through Focused District Development (FDD).

“FDD leverages resources to create concentrated conditions for development within selected districts (and over time, the entire country), improving Rule of Law and domestic law and order by reforming, training, equipping the police.

Afghan personal loyalties tend to lie with tribal affiliations instead of within religion or traditional forms of nationalism; however, Coalition efforts are slowly changing this situation to develop pride in Afghan nationalism.

I believe that as the next generation of more educated Afghans mature and grow into power away from the ravages of war, sizable results in the democratic process will most certainly be
realized--and at a much greater pace.

Our work and success here now are essential to ensuring our children are not fighting these same battles in future years."

Ned Scholz
Class of 1949
Air Force, 4 Years
During Korean War was attached to the first Marine Div, I was in the 1st Shoran Beacon Unit from July 1951 until end of June 1952
Report a Problem

Richard L. Meester
Class of 1997
Navy, 14 Years
Joined the Navy in November of 1997 a few months after high school. I went in as an AS which is Aviation Support Equipment Technician...basically a diesel engine mechanic. From boot camp in the winter I ventured to Florida for school for 6 months. I wound up being stationed in Virginia Beach for 2 years. I transferred to my first ship USS Bataan in September 2000-september 2004. I went on 3 cruises in a 4 year span. Joined the fighting efforts during Operation Enduring Freedom and operation Iraqi Freedom. Those were the longest 7.5 months and 5.5 months of my life. From there I went back to oceana to work on turbine engines then found my calling working with diesel engines. After supervising that work center I was picked to be a flight line troubleshooter. The best job in my rating. After that I took orders to go to Bahrain for a year. I was shop supervisor there for a couple work centers and also got forward deployed to Kuwait and Afghanistan. A year later I transferred back to Virginia to be stationed on the USS Iwo Jima for my last 2 years. Went on one deployment to South America for continous promise. Basically keeping up with relations for aid purposes. I got to see many different places and experience a lot of cool things. Also endured some of the worse times we as a nation had to witness first hand with these terroristic attacks. My time was cut short due to government cuts and was forced out. I got out as an E5 and now still work on the GSE side at the Airport loving it!
Report a Problem
12 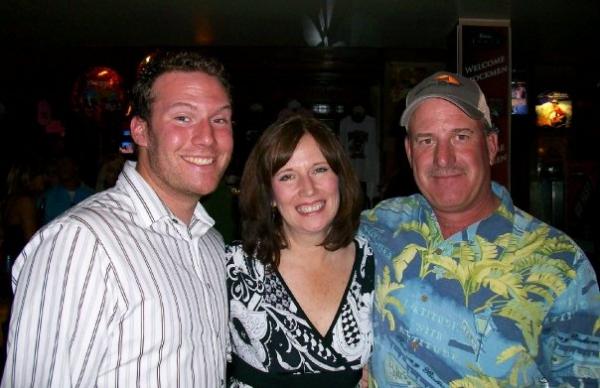 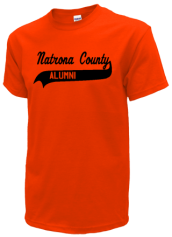 Read and submit stories about our classmates from Natrona County High School, post achievements and news about our alumni, and post photos of our fellow Mustangs.

We have CONFIRMED DATES NOW!! Friday July 11 through Sunday July 13. We will be getting a block of hotel rooms for out o...
Read More »

View More or Post
In Memory Of
Our Natrona County High School military alumni are some of the most outstanding people we know and this page recognizes them and everything they have done! Not everyone gets to come home for the holidays and we want our Natrona County High School Military to know that they are loved and appreciated. All of us in Casper are proud of our military alumni and want to thank them for risking their lives to protect our country!