Have you lost your Nashville Community High School class ring? Have you found someone's class ring? Visit our Hornets lost class ring page to search for your class ring or post information about a found ring.

Eric Harris
Class of 2007
Air Force, 1 Years
Eric is in Korea at the moment and will be heading to Japan in October 09. By then he and Ashley Willis will be married!
Report a Problem

Eric Harris
Class of 2007
Air Force, 1 Years
Eric is a computer satellite communications specialist and will be home 9-11-08 for 10 days then off to Korea for a year and then Japan for 2 years
Report a Problem

Jan A Middleton
Class of 1960
National Guard, 6 Years
Spent time training to go to Vietnam; jungle trianing in Panama; and riot control for the State of Illinois
Report a Problem

Larry Clark
Class of 1960
Army, 3 Years
Served most of my term in Germany.
Report a Problem

Matt Kasten
Class of 1996
Army, 6 Years
Matt is in the 4th ID stationed out of Ft. Carson, Colorado. He is currently at the rank of Staff Sergeant (5/08), and currently is in his third tour in Iraq. His first tour was in the opeing days of the Iraq war. He was there for 11 months, home for just over a year and then was sent on his second tour for 10 months. This current tour will last around 14-15 months. His MOS is large truck and tank mechanic, welding shop and vehicle search and recovery.
Report a Problem

Matthew J. Mefford
Class of 1996
Army, 10 Years
Currently preparing to leave for his third tour in Iraq
Report a Problem

Paul Harre
Class of 1962
Air Force, 4 Years
I was a guidance and flight control systems for the Hound-dog missile from 1964-1968. I was stationed at McCoy AFB Orlando Florida. I was selected as Airman of the year at McCoy in 1966.
Report a Problem

Robert E. Levoy
Class of 1972
Navy, 20+ Years
I was a hospital corpsman attached to the marines during Vietnam. Afterwards i was stationed in Cuba, Okinawa, Phillipnes, Texas, Virginia, and many other duty stations.
Report a Problem 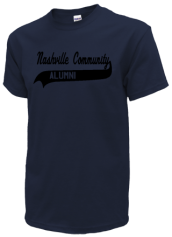 Read and submit stories about our classmates from Nashville Community High School, post achievements and news about our alumni, and post photos of our fellow Hornets.

SAVE THE DATE!!! September 7, 2012
"have your class reunion with us"
sponsored by the Community...
Read More »

View More or Post
In Memory Of
Our Nashville Community High School military alumni are some of the most outstanding people we know and this page recognizes them and everything they have done! Not everyone gets to come home for the holidays and we want our Nashville Community High School Military to know that they are loved and appreciated. All of us in Nashville are proud of our military alumni and want to thank them for risking their lives to protect our country!