Have you lost your Muncie Southside High School class ring? Have you found someone's class ring? Visit our Rebels lost class ring page to search for your class ring or post information about a found ring.

Anthony Webster
Class of 1989
Army, 20+ Years
Have been in the army since I left high school, with several deployments and oversees tours.
With 3 tours in Iraq and 1 tour in Afghanistan

Brad Wilkins
Class of 1979
Air Force, 20+ Years
I am officially retired from the Air Force as of June 1 2006. I started my Air Force career on December 28, 1984. Went through basic training at Lackland AFB in Texas. From there I went to a school at Chanute AFB in Rantoul Illinois. My first duty station was Barksdale AFB in Bossier City Louisiana. I was suppose to go to Germany for my first assignment but traded for another assignment. After refuling jets for three years in all different kinds of weather, I decided that it was time for a change. I applied to retrain into the Intelligence career field and it was accepted. Yes Military Intelligence, I know what you're thinking. I then went back to school. This time it was at Goodfellow AFB in San Angelo Texas which is out in the middle of nowhere. Six months later I moved to Offutt AFB in Omaha Nebraska where I worked as an Electronic Intelligence Analyst. While there I received orders to Panama after about 1 month on station. I turned down the assignment and about a month later I got the same assignment back. The neat thing about getting that assignment was that I did get to attend Survival School in Washington State. I think everyone should go through that kind of training. After Survival School and some time back at Offutt I went TDY to Locheed Martin Depot in Greenville Texas for about a week. That town is really out in the middle of nowhere. While there I ran into Mitchell Frogg who graduated with my older brother Greg. Back at Offutt AFB I tried to work an assignment to Scotland but instead ended up at Elmendorf AFB in Anchorage Alaska. No, it is not dark all of the time in the winter and no you don't have to take dog sleds everywhere in the winter. I know you were thinking that. I lived on Base next door to the elementary school which made it great for the kids. If you don't like snow then do not go to Alaska especially in the winter. It is one of those places you either love it or hate it. I loved it! While there I did go to Osan AFB Korea for about a week and Anderson AFB, Guam for about 3 weeks. After six years in Alaska it was time to move on. My next assignment was Langley AFB in Hampton Virginia. There I was assigned to the 10th Intelligence squadron and later rolled over into the 30th Intelligence Squadron. After being there for about 8 years I received an assignment to Edwards AFB in southern California. I turned down the assignment and opted to retire instead. I had some really great experiences while in the military and would recommend it to anyone who is thinking or have kids who are thinking about it. So after a long career in the Air Force I moved back to Muncie. I moved back to Muncie to be with around my family and also to connect with that certain someone. My 17 year old is done at Southside High School. Next is college for him.
Report a Problem

Bridget R Terwilliger
Class of 1990
Army, 20+ Years
Joined the Army as a 2LT in 1994. Served 20 years in the Nurse Corps and spent the last 10 as a Certified Nurse Midwife. Deployed to El Salvador and Iraq. I had a wonderful time and got to see a lot of cool places!
Report a Problem

Catherine(Cathy) Sherritze
Class of 1969
Army, 2 Years
Was in Bravo Company in basic training. Was wondering if anyone is out there. I know its been 40 yrs but someone has to be out there.
Report a Problem

Dorothy Davis-Staten
Class of 1979
Army, 10 Years
Enlisted in the US Army 1 year after graduating. Served a total of 10.5 years as a Nuclear, Biological and Chemical specialist
Report a Problem

Linda Campbell Quertermous
Class of 1969
Air Force, 3 Years
SSgt in the Air Force. I was one of the first women put into a non traditional career field-frieght traffic specialist.
Report a Problem

Linda Campbell Quertermous
Class of 1969
Air Force, 3 Years
SSgt in USAF. I was one of the first women put into a "non traditional" job. I was a Freight Traffic Specialist-forklift driver-train engineer, etc. I loved my time in the AF and I met the love of my life. Ron and I have been married almost 40 years.
Report a Problem 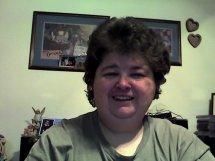 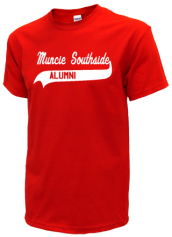 Read and submit stories about our classmates from Muncie Southside High School, post achievements and news about our alumni, and post photos of our fellow Rebels.

View More or Post
In Memory Of
Our Muncie Southside High School military alumni are some of the most outstanding people we know and this page recognizes them and everything they have done! Not everyone gets to come home for the holidays and we want our Muncie Southside High School Military to know that they are loved and appreciated. All of us in Muncie are proud of our military alumni and want to thank them for risking their lives to protect our country!