Have you lost your Mountain Home High School class ring? Have you found someone's class ring? Visit our Bombers lost class ring page to search for your class ring or post information about a found ring.

Dean E Young
Class of 1989
Army, 20+ Years
Served in the United States Army from 1989 to 2010. Served as a Rocket Artillerymen at all levels from Recon Soldier to Unit First Sergeant. He deployed on numerous occasion support United States efforts worldwide, during his service he served a total of 4 combat tours in the Middle East. He currently resides in the state of Oklahoma continuing his service to the United States through his efforts in the training of future Artillerymen to provide the freedom we so cherish as Americans.
Report a Problem

George Buster Chaney
Class of 1967
Navy, 20+ Years
Served during Vietnam as an Electronics Technician, in charge of closed circuit entertainment. Served on the USS Camden (AOE-2), NATTC NAS Glynco, Georgia, and USS Albany (CG-10).
After a brief intermission from the US Navy, I returned in 1981 to serve as an Aviatiion Electronics Technician/Aviation Fire Control Technician. Stationed with VF-201 at NAS Dallas, TX, AIMD, NAS Atlanta, GA, VA/VFA-203 at NAS Cecil Field, Fl., VAQ-33, and Training Department at NAS Atlanta, Ga. I have served as an electronics technician on ships and aircraft systems and instructor trainer for CPR instructors for American Heart and in charge of a classified electronic warfare school. I have been deployed on a far east cruise, a north atlantic cruise, a mediterranean cruise and also deployed to sigonella italy as a show of force. I enjoyed my 20 years of service to our country and I am glad I retired from the US Navy.

James Alford
Class of 1989
Marine Corps, 15 Years
My service was with two branches of the military, the Marine Corps for 6 years and the Army for over 9. I have been stationed in Guam, Camp LeJeune, NC, Ft Campbell, KY deployed to the Meditterranean to Spain, Israel , Turkey, Morocco, Panama, and of course Baghdad. Damn towelheads.
Report a Problem

James H. Alford
Class of 1989
Marine Corps, 15 Years
I served combined 15+ years in the Marine Corps, army and the ARNG. Basic Training was in MCRD San Diego, CA (no we did not go watch baseball games on weekends). After 18 weeks of training I was sent to serve 18 mos in Guam (SW Pacific, retirement location if I have my way), after that I was stationed at Camp LeJeune, NC where I was discharged. After two years of job hunting I enlisted in the army only because the Corps said they were not recruiting prior services. Went to Ft Campbell, KY (home of the 101st Airborne Division) while there I went to Panama, SA for 4 months and to Ft Benning, GA for 4 weeks. After discharge in the army I transferred to the ARNG near Nashville. After 9/11, It was only a matter of months before I was back in the game. Left for Ft Campbell again for a few months then stepped on a bird headed east...far east. Landed in Kuwait middle of June '03. Tere endeth the lesson.
Report a Problem

Nicholas James Suntken, LCpl USMC
Class of 2006
Marine Corps, 2 Years
Trained at New River Marine Air Base in North Carolina. Now (July, 2008) living on base at 29 Palms, CA with wife Becca and sons Justin and Brian. Scheduled for deployment to Iraq next month.
Report a Problem

William T. "Tim" Wiseman
Class of 1980
Army, 20+ Years
Commissioned in 1984 through the University of Arkansas' Army ROTC program. Served 25 years in the active duty Army before transitioning/retiring in July of 2009.
Report a Problem 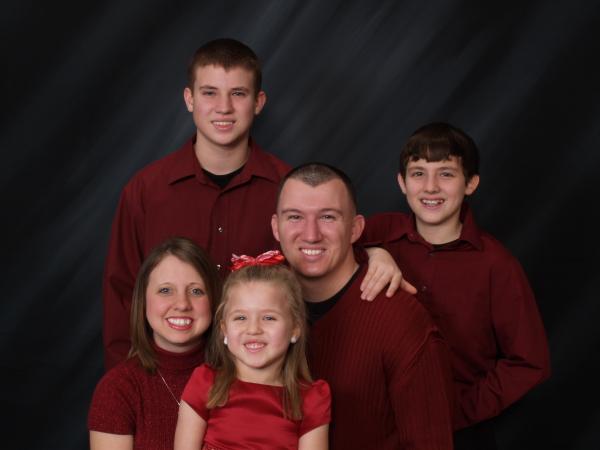 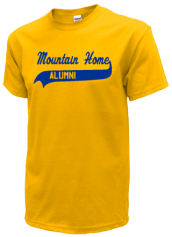 Read and submit stories about our classmates from Mountain Home High School, post achievements and news about our alumni, and post photos of our fellow Bombers.