Have you lost your Mount Dora High School class ring? Have you found someone's class ring? Visit our Hurricanes lost class ring page to search for your class ring or post information about a found ring.

Bryan Hylton
Class of 2001
Air Force, 4 Years
Stationed at Charleston Air Force Base for 4 years as a firefighter
Report a Problem

Jason Miller
Class of 2004
Navy, 5 Years
Served in the Seabees as a Construction Mechanic in and around Norfolk, VA.
Report a Problem

Jonathon Black
Class of 1998
Navy, 5 Years
Served in Operation Enduring Freedom and Operation Iraqi Freedom. Saw many things that I love to remember and alot that I cannot forget!
Report a Problem

Jonathon Black
Class of 1998
Navy, 5 Years
Honorably Dischrged in 2004 after service on two different floating commands that deployed to Afghanistan and Iraq, USS HAYLER DD-997 and USS THEODORE ROOSEVELT CVN-71, after 9/11. Loved every minute of it!
Report a Problem

Michele Ruppert
Class of 1984
Navy, 20+ Years
Joined the Delayed Entry Program in Oct 1983. Went active duty in Aug 1984, enlisted as a Data Processor. Commisioned and officer in Dec 1991 and served in the Informaton Professional community (networks and communications). Retired Nov 2005.
Report a Problem 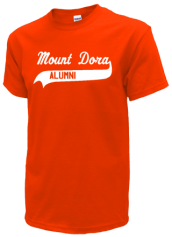 Read and submit stories about our classmates from Mount Dora High School, post achievements and news about our alumni, and post photos of our fellow Hurricanes.

View More or Post
In Memory Of
Our Mount Dora High School military alumni are some of the most outstanding people we know and this page recognizes them and everything they have done! Not everyone gets to come home for the holidays and we want our Mount Dora High School Military to know that they are loved and appreciated. All of us in Mount Dora are proud of our military alumni and want to thank them for risking their lives to protect our country!