Have you lost your Morse High School class ring? Have you found someone's class ring? Visit our Shipbuilders lost class ring page to search for your class ring or post information about a found ring.

My late father who fought in World War I and World War II; my father also served in the Civilian Conservation Corps betwen WW1 and WW2. My father grew up in New York City(Manhattan) until entering the US Army; In 1945 he and my late mother moved to Bath, Maine, were married and began raising their children.

Died after battling metastatic breast cancer. She had retired from SupShip. Diana left behind a son, a daughter and a much beloved granddaughter. She is greatly missed.

North Yarmouth – James Lawrence Burgess. Jim died at his home in North Yarmouth after a hard fought battle with cancer. He was surrounded by his family and friends. Born in Bath,Maine to Charles L. Burgess,Jr. and Dolores R. Burgess. He was one of three sons. Childhood summers were spent enjoying wonderful times at their family cottage on the New Meadows River. Along with his father and brothers, Jim worked at the family business at Burgess Markets in Bath and Brunswick.

Jim was a standout athlete at Morse High School participating in football, baseball and wrestling. Jim excelled at wrestling and was most proud when he became Maine State Champion in 1973 for his weight class in his senior year.

Jim attended the University of Maine at Orono graduating with a degree in Accounting and Finance. While at the University, Jim was very active in Student Government and was elected Treasurer by his peers. Along with many of his childhood friends, Jim was accepted into the Sigma Phi Epsilon fraternity. In his senior year he was named a Senior Skull, a senior honor society for academics and all around campus contributions. Jim graduated in 1977 and worked for Loiselle Accounting in Bangor in public accounting. He passed his CPA exam in the spring of 1978 and then went on to attend Bentley College and graduated in 1980 with a Masters of Science in Taxation. While in MA, Jim worked for T.C. Edwards in Boston in audit and public accounting as well as working at Star Markets in Waltham.

Jim returned to Maine in late 1979 to open Burgess Market, a convenience store in Yarmouth and became the third generation to carry on the family business. In 1980 Jim settled in Cumberland and began his family raising three sons-Christopher, Matthew and Andrew. Jim owned and operated several convenience stores in the area including Yarmouth, West Cumberland, Pownal, North Freeport and enjoyed collaborations with his father and brother at the original Burgess Market in Bath, ME.

Like his father, Jim had a keen eye for a good deal and enjoyed the hunt for real estate that could benefit from key improvements. Jim interests moved from owning and managing convenience stores to property management. He owned many properties in Southern Maine over the years. Jim was known for being a very smart and frugal man who liked doing things his way. He helped many of his tenants who needed a hand up, not a hand out.
One day in 1997, Jim picked up a golf club for the first time. He developed a passion for the sport and it became an important part of his life and he especially enjoyed playing with his three sons any chance they could get together.

Jim and Meredith divorced and a new page was turned in Jim’s life. Jim met Mary Ellen Morgan in 2006 and their mutual interest in Real Estate, hiking and travel brought them together. Mary Ellen would accompany Jim when he would go to look at properties and eventually she became his real estate broker. They were a team. Jim and Mary Ellen married in 2008 at their home in Yarmouth. Jim continued purchasing and renovating properties and helped his sons Christopher, Matt and Andrew find and purchase their first homes. Jim was very proud of his sons and their accomplishments in life and their growing families. Jim especially enjoyed his two grandsons Archer and Graham. He was their “Grumpa”. Jim so wanted to have the opportunity to take his two grandsons fishing when they were older. Jim and Mary Ellen enjoyed potluck dinners with their neighbors or getting together with the family to watch the Patriots play. Jim was known for his chili and focaccia bread, which became regular requested items on the menu.

Jim battled a stage 4 cancer diagnosis for 4+ years and through it all his focus was to try to maintain a positive attitude and not bring other people down. He didn’t want cancer to define his life. On Father’s Day, Jim was out on the greens playing golf with his sons. This would be the last time Jim would play the game he loved with his boys. Jim attended a July 4th gathering with family and it was apparent that his health was declining rapidly. He passed on July 19th with friends and family present shortly after receiving his last rites. That was his final wish.

A private celebration of his life will be held at the family cottage on the New Meadows River. Arrangements by Desmond Funeral Home in Bath.

To share your thoughts and condolence with the family, please visit www.desmondfuneralhomes.com

Mike joined the Air Force after his High School graduation. He married Linda Elliott (class of 1963). He died of lymphoma in 1966 at the age of 23 after having spent 1 year with the Air Force in Alaska. He will always be missed by his family and friends.

Norma Hunnewell Scopino married my father Fredrick Honnen who was in the Navy and served in the Korian War. After their divorce she worked for Burgess Market as their book keeper for many years. In 1977 she founded Montsweag Flea Market with just 10 tables, which she increased each year building the market to the Seasonal Business we are today. She operated the market for 35 years, until her passing from Glioblastoma Brain Cancer in 2012. She was loved by many sellers and customers at the market very much. Though, not as much as I loved her, she was a Wonder Mother, a person could not ask for more love, and support. Still today I have her class ring which I wore a lot while I was at Morse, because mine was to small and we never had it sized, it was also a way of showing how proud I was that Mama & I were graduating from the same High School. 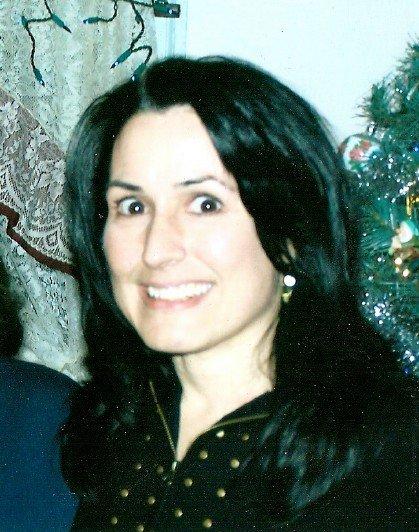 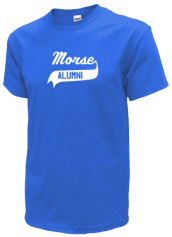 Read and submit stories about our classmates from Morse High School, post achievements and news about our alumni, and post photos of our fellow Shipbuilders.