Have you lost your Monterey High School class ring? Have you found someone's class ring? Visit our Toreadores lost class ring page to search for your class ring or post information about a found ring.

Barbara had been battling MS for many years. She passed away today from pneumonia. I'll post the obit when I receive it from her family...(Deb Allred)

Bob L Brown lost his life on March 23rd, 2006 to a courageous battle with lung cancer. He was married to Connie Brown(formally Gilmore), and had one daughter, Katie and one son, Robert. Bob was a California Highway Patrol Officer for 23 years. He resided in Merced California with his family and friends. He is deeply missed.

died at the wheel in Boulder Creek

TEASDALE, UTAH- After a battle with a devastating illness, Diane passed away on July 3, 2003, surrounded by her family. She was enthusiastic about life and making the most of opportunities. Diane was as talented and creative a person as there ever was. She loved to cook, decorate, travel and help those in need. Her love of the outdoors was un-surpassed, she especially loved to fish and camp. All who knew Diane will remember what a great sense of humor she possessed. She was always quick to bring humor and happiness to peoples lives. Her sense of humor allowed her to handle any situation with ease. She is survived by her four children: Scott Mills, Hilary Mills, Meghan Mills and Jonathon Mills; two grandchildren: Jordan, Cameron.

Donnie Perry passed after a tragic motorcycle accident. I was the passenger on his bike. He was the love of my life and I miss him terribly.

Doug lived across the street from me on DelaVina street. We were close friends. He worked for Kaiser Dolomite until he turned 65 and he retired. He still lived in Monterey for quit some time in his Parents house and he was able to purchase it after they passed away. We visited him a few times should have done it more often. I called him about 9 months to a year ago and he said he had the crude. I did not understand what he was getting at so the next time I called him I asked and he told me he had stage 4 lunge cancer and was going through chemo and then radiation. I tried to call him today and his phone was disconnected. I checked directory assistance and no listing. I thought his wife would have notified us of his funeral but she did not. I will miss Doug he was such a good friend and neighbor. If anyone reading this has any information about his day of passing and where he is burried I would really appreciate getting that information.

Doug had heart by pass surgery a few years before his passing in 2009 a couple days before his 60th birthday. He was found the next morning apparently from a heart attack.. Doug was a kind and loving man. His family misses him very much.

Dwight died in Thua Thien-Hue, Vietnam, as an intelligence analyst. I cannot imagine the darkness of that day, because in memory he’s always smiling and laughing, and he’s at the center of our attention. I didn’t know at the time what sourced his contagious and constant sense of cheer, but these fifty years later I think I do. Dwight embodied the spirit of aloha, the mystery that fills the world and unifies all of God’s creation. Simply, it’s love, and Dwight was a sixties’ flower child for real. He wreathed us in love like a lei and encircled us in aloha. Aloha … funny word. In Hawaiian, it means both ‘hello’ and ‘goodbye,’ releasing and returning the object of its attention to the universe and back. Aloha, Dwight. Mahalo.

Jim and I were high school sweethearts. We were engaged for a year, but never married.. For many years he was stationed on the USS Kearsarge, after 10 years of service he settled in Mammoth Springs, Ark. I believe he died from Cancer and/or Emphysema

passed away in Santa Cruz mountains

Larry passed away due to a drowning incident at LAKE SAN ANTONIO.

Mike was walking and checking the Little Sur River out. He slipped in the roaring current after heavy rains and sadly drowned. Sorely missed by many.

Sue was my dear friend my senior year at Monterey High. I came there from San Diego, fearful of making new friends. Sue befriended me and we had many fun adventures together, especially in Mr. Bender's "Creative Writing" class. Sue won a national Poetry prize that year. She could write. I was heartsick when I heard on the radio, that summer of '64 after graduation, that she had committed suicide. I later found out that she was pregnant and when in '73 abortions became legal, I only wished that law had been enacted a decade earlier and could have saved the life of a kind hearted, loving spirited human, who also had much to give in her writings.

Vellah passed away from cancer in September 2008. She met her first husband at MPC and married during the last of her second year there. She married several times and had four great children. She also raised her sister, who was 10 when their mother passed away. While busy with her own family, she also had a hand in raising her second husband's daughter. Quite a houseful and she loved every minute of it. She lived most of her adult life in the gold rush country, having last lived in a beautiful house on 10 acres in the country northeast of Sacramento. She was a devoted and loving mother, a wonderful cook, a dear and special friend. I met her on the first day of school in 7th grade and we remained fast friends until she passed. Though our lives took very different paths and we seldom saw each other, each time we talked on the phone it was as if no time had passed. She was blessed with a great and loving family - 4 grandchildren and counting. 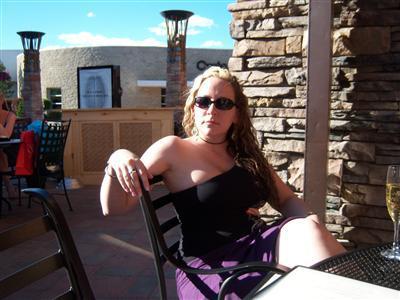 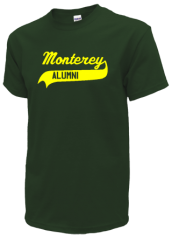 Read and submit stories about our classmates from Monterey High School, post achievements and news about our alumni, and post photos of our fellow Toreadores.

Please visit the History page on the School's website for links to yearbooks and timeline information.