This is the list of our class of '82 deceased alumni. If you have photos or something to say about them please do it here. We hope to incorporate them into our slide presentation for the 25th reunion:

Please send any photos you have of our deceased classmates to:

Brian went to Albion College after high school. He graduated with the highest honors and went on to Michigan Law School where he also graduated with the highest honors. He became a lawyer and ended up in Washington D.C. where he worked for many years. He did finally move back to Michigan and was able to spend some very excellent quality time with his family before he passed away in 2005.

Died at 54 unexpectedly. He was born October 16, 1950. He was survived by his wife, Gayle; two sons, Brent and Cory; and a daughter Lori.

Fritz Edlund, age 58, passed away unexpectly, Saturday November 10, 2008 following a motorcycle acident. Fritz was born on June 6, 1949 in Muskegon and graduated from Mona Shores High School in 1967. He was a Viet Nam Veteran serving in the U.S. Air Force. He also was an avid motorcycle enthusiast and a member of the Muskegon Recreation Club.

In loving memory of my Brother Jack . He passed away in his sleep. on june 11th. I will miss him always.

He did not have his senior year at MS but he was a friend and classmate just the same.

Pat underwent a kidney and two pancreas transplants between March and June of 2008. The Kidney took but neither pancreas worked. Doctors believe Pat died of some sort of blood clot. His funeral is Friday, June 20th at 11am at Sytsema Funeral Home on Harvey St. in Muskegon.

Peter M. La Vigne, age 69 of Holton, passed away unexpectedly on Sunday, December 18, 2016. Pete had been a supervisor at the SD Warren Paper Mill in Muskegon until his retirement and was a veteran of the Vietnam War. Peter was predeceased by his younger brother, Bobby, and his parents, Robert and Evelyn.
He is survived by his children, John LaVigne and Jennifer LaVigne. Peter leaves behind two sisters, five grandchildren and many nieces and nephews.

REED CITY — Robert Bruce Halladay, of Reed City, passed away
Saturday, April 13, 2013, at his home. He was 61. He was born
April 9, 1952, in Muskegon to Robert Rex and Iva June (Ash) Halladay
and attended school in Muskegon, graduating from Mona Shores High
School in 1970.

He had been married to Christena Jobes, who preceded him in death.
Robert served in the U.S. Army from 1970 to 1973 and had worked at
Yoplait for many years. He enjoyed golf, fishing and bowling. He had
been a resident of the Reed City area since 1977.

He was preceded in death by his parents; and brother-in-law, Harold Neibarger.
Funeral services will be held Friday, April 19, 2013, at 11 a.m. at the Reed City United Methodist Church, with the Rev. Kathryn Cadarette officiating. Burial will take place at a later date in Ashton Cemetery.

My Uncle was playing hockey with his son on the adult league they were members of when he passed away from a massive heart attack. See the obituary below...

Robert "Bob" Lavigne Jr.
ROBERT "BOB" LAVIGNE, JR., 57, of Friendswood, TX passed away December 11, 2005 playing hockey with his son. He is survived by his wife Gaile, daughter Holly, and son Don. A memorial service will be held Saturday, December 17, 2005 at 5:00 P.M. at Space City Ice Station, 18150 Gulf Freeway, Houston, TX 77546. Arrangements were made under the direction of Jeter Memorial Funeral Home in Friendswood, TX. 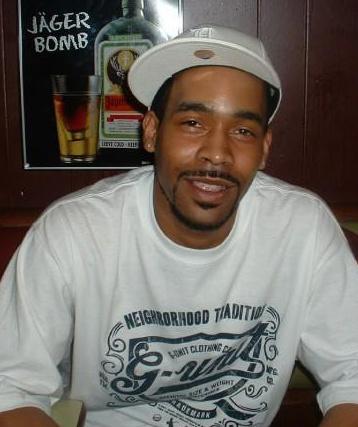