Have you lost your Miami Palmetto High School class ring? Have you found someone's class ring? Visit our Panthers lost class ring page to search for your class ring or post information about a found ring.

John E. Horn
Class of 1964
Army, 20+ Years
John was drafted into the Army on Nov 16, 1966 as a private. He was selected and attended OCS and was commissioned a 2d Lieutenant in October 1967. He attended flight school and graduated and was awarded Army Aviator Wings in October 1968. Assigned to the 173d Assault Helicopter Company in the Republic of Vietnam in March 1969. John served 2 combat tours amassing 1700 hours of flight time. Promoted to Captain in October 1970. He met and married Betty, who he met on R&R in Sydney in January 1970. They married December 1970 and were assigned to the Berlin Brigade. John served a total of 28 years, 16 of which were overseas. In addition to Vietnam, John saw combat during the Grenada invasion, Panama invasion and Desert Storm. He retired in 1994 as a Colonel. His awards and decorations include the Legion of Merit, Distinguished Flying Cross, with Oak Leaf Cluster, Air Medal with 62 Oak Leaf Clusters, Bronze Star with Oak Leaf Cluster, Defense Distinguished Meritorious Service Medal, Master Army Aviator wings, Expert Infantryman Badge. And he is still married to the sweetie he met on R&R!
Report a Problem

Juan Rodriguez
Class of 1977
Army, 20+ Years
Served 5 years on Active Duty and 26 years in the Army Reserve. I was stationed in Germany from 1982 through 1985 and deployed to Iraq in 2004. Also, had deployments to El Salvador, Panama, Ecuador and Peru.
Report a Problem 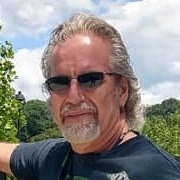 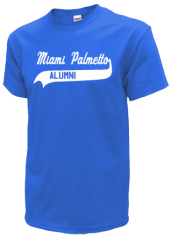 Read and submit stories about our classmates from Miami Palmetto High School, post achievements and news about our alumni, and post photos of our fellow Panthers.

My son, Andrew Parker, graduated from Miami Palmetto in June 2010. He was killed in an automobile accident on October 16...
Read More »

View More or Post
Our Miami Palmetto High School military alumni are some of the most outstanding people we know and this page recognizes them and everything they have done! Not everyone gets to come home for the holidays and we want our Miami Palmetto High School Military to know that they are loved and appreciated. All of us in Pinecrest are proud of our military alumni and want to thank them for risking their lives to protect our country!