Have you lost your Merrillville High School class ring? Have you found someone's class ring? Visit our Pirates lost class ring page to search for your class ring or post information about a found ring.

Dan Lehman
Class of 1978
Navy, 20+ Years
Served 20 years in the Navy, retired Air Traffic Controller. Continued service with the Navy, currently a Department of the Navy employees since 2002.
Report a Problem

Karl Nehring
Class of 1967
Army, 4 Years
Served from August 1970 through February 1975. Was a Sergeant in a Pershing missile unit in Neckarsulm, Germany for three years then spent my last year as a Training NCO in a Chaparral Air Defense Artillery unit at Ft. Lewis, WA.
Report a Problem 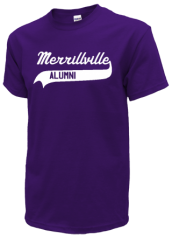 Read and submit stories about our classmates from Merrillville High School, post achievements and news about our alumni, and post photos of our fellow Pirates.

You are invited to Rock Out and Fight Cancer at the 2009 Region Rats Rock Fest. Featuring a showcase of talent descended...
Read More »