Have you lost your Marshall High School class ring? Have you found someone's class ring? Visit our Minutemen lost class ring page to search for your class ring or post information about a found ring.

Lawn Barnett
Class of 1970
Air Force, 20+ Years
Served as a Health and Safety NCO for the 244th Combat Communications Sqdn.
Report a Problem

Wesley R. Turner
Class of 1964
Army, 3 Years
Served in California, Alaska, and Kansas as a chaplain assistant exiting the Army from Fort Riley as a Special 5. Played on post championiship basketball team, performed in a folk group, and served as Post Chapel choir director while in Alaska at Fort Greely. The Fort Greeley choir won the Alaskan Command Choir contest in 1968.
Report a Problem

William Brown
Class of 1969
Navy, 4 Years
Hospital Corpsman. Active Duty from 1970 to 1974, with the requisite 2 years of inactive Reserve following. Stationed at the Naval Hospital in Newport, RI 1971 to 1972 then the Naval Dispenary in Seattle, WA from 1972 until discharge. Worked in various areas including Emergency Room, EKG, and Pediatrics. Primary ambulance driver when on Duty.
Report a Problem 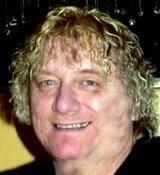 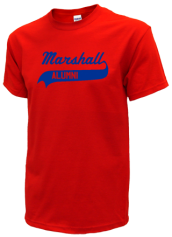 Read and submit stories about our classmates from Marshall High School, post achievements and news about our alumni, and post photos of our fellow Minutemen.

View More or Post
Our Marshall High School military alumni are some of the most outstanding people we know and this page recognizes them and everything they have done! Not everyone gets to come home for the holidays and we want our Marshall High School Military to know that they are loved and appreciated. All of us in Portland are proud of our military alumni and want to thank them for risking their lives to protect our country!