Have you lost your Margaretta High School class ring? Have you found someone's class ring? Visit our Polar Bears lost class ring page to search for your class ring or post information about a found ring.

Died of a overdose

Kenna passed away along with her husband Randy as result of an Auto accident near Atlanta, Ga. They left behind their daughter, Christiana Keller who now lives in Perrysburgh with her Uncle Kent and and Aunt Tricia Purvis.

Please remember Mr. Kalo who passed away recently. He will be fondly remembered.

Please remember Patricia Rochette in your prayers, she lost her battle with cancer last year

She was born March 30,1961 in Sandusky, Ohio, daughter to the late Nergil C. and Margaret Ann (Poff) Lawson and came here 1 n 2001 from Ocala, FL. She was a homemaker and earlier worked as a waitress and caterer for Hilton Hotel of Ocala. Patricia was of the protestant faith. She was an avid Harley bike rider; seated behind her husband. She spent her life loving and caring for her family.

Viewing will be at Roberts Funeral Home, 19939 E Pennsylvania Ave., Dunnellon, FL on Monday, December 22, 2008 from 12:00 until 2:00PM, at which time the funeral service will be conducted with Reverend Christopher Greaves officiating. Burial will follow at Dunnellon Memorial Gardens Cemetery.
Published in Ocala Star-Banner from December 21 to December 22, 2008

Randy passed away as result of an auto accident that happened near Atlanta, GA. We lost him and his wife Kenna (Purvis) Keller. They left behind their daughter Christiana who lives in Perrysburgh with her Uncle Kent and Aunt Tricia Purvis.

He will always be remembered !

RICKY KELLER, 41, of Bellevue, OH. He was employed in the Industrial Demolition field and was a member of Operating Engineers Local No. 18. He is survived by his parents, Larry and Jeanette Keller of Castalia; two sisters, Pam and Tracy; one brother, Tim. Friends may call FROM 2-4 AND 7-9 P.M. TUESDAY IN THE RANSOM FUNERAL HOME, 610 S. WASHINGTON ST., CASTALIA. Services will be held at 2 p.m. Wednesday in Grace Lutheran Church, 203 S. Washington St., Castalia. www.cleveland.com/obits
Published in The Plain Dealer on September 10, 2002

She was born April 10, 1961, in Sandusky and was a 1979 graduate of Margaretta High School. Tammy was employed at Erie County Care Facility, Beck Oil and Sandusky Speedway. She was a member of the Sandusky Speedway, Classic Chevy Club and National Nomad Club.

She was preceded in death by her brother, Louis E. Kromer in 1980; and grandparents, Bill and Louise Carson and Louis and Josephine Kromer.

Friends may call at 2-4 and 6-8 p.m. Friday in Pfeil Funeral Home, Sandusky Chapel, 617 Columbus Ave., where funeral services will be at 10:30 a.m. Saturday. The Rev. Elmer C. Novak will officiate. Burial will be in Oakland Cemetery, Sandusky.

Memorial contributions may be made to Humane Society of Erie County, 1911 Superior St., Sandusky, OH 44870.

Condolences may be shared with the family at pfeilfuneralhome.com.

Tim passed away in a car crash that occured on Rt. 6, west of Sandusky. He sadly missed everyday by his family. 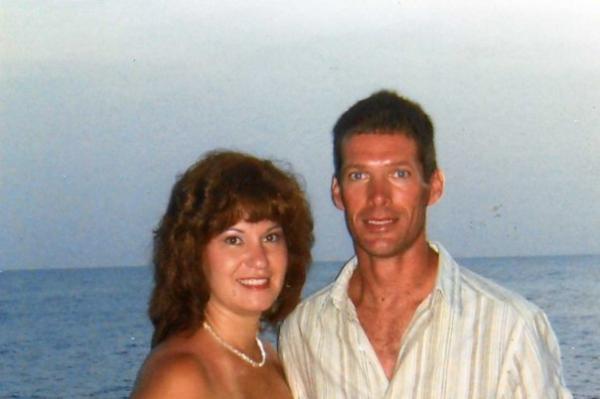 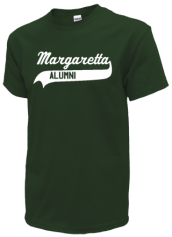 Read and submit stories about our classmates from Margaretta High School, post achievements and news about our alumni, and post photos of our fellow Polar Bears.