Have you lost your Manzano High School class ring? Have you found someone's class ring? Visit our Monarchs lost class ring page to search for your class ring or post information about a found ring.

Andrew Lloyd Gelt
Class of 1969
Army, 20+ Years
Injured after four years of Marine Corps officer training, but then was accepted into various Army National Guard bands around the country. He then joined the Army Reserve and retired as a First Sergeant in a Combat Engineer company with 36 years total service.
Report a Problem

Earl D. Brown
Class of 1979
Navy, 20+ Years
24 years in defense of this great country. My life is better for it. Missed Garret on the USS Constellation by a month or two.....
Report a Problem

James "Pat" Morrison
Class of 1966
Army, 3 Years
Joined at 17, did AIT and went to Germany. 3 months after turning 18 was sent to Vietnam and spent 18 months with Long Lines North. Met lots of great people and had aa lot of great experiences.
Report a Problem

John A King
Class of 1983
Air Force, 20+ Years
Boring first 12 years; Special Operations Forces Medic in Iraq/Afghanistan; Decorated Combat Veteran; Retired as Master Sergeant; My Brother put the pic together; I have US Army Medals, but not these. Proud to Serve!
Report a Problem

Jose Gallegos
Class of 1988
Navy, 4 Years
I served in "Desert Shield" and "Desert Storm", aboard the USS Gunston Hall LSD-44, 5 miles off the coast of Kuwait.
Report a Problem

Keith Simons
Class of 1978
Navy, 20+ Years
Electronics Technician Chief, 2 Frigates and 1 Carrier, Some interesting shore assignments, and been to a lot of countries that boarder the Pacific Rim and Persian Gulf.
Report a Problem 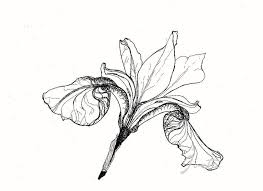 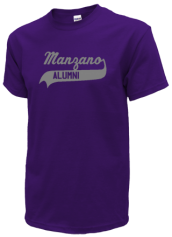 Read and submit stories about our classmates from Manzano High School, post achievements and news about our alumni, and post photos of our fellow Monarchs.

Come meet and play against/with the famous (a...
Read More »

View More or Post
In Memory Of
Our Manzano High School military alumni are some of the most outstanding people we know and this page recognizes them and everything they have done! Not everyone gets to come home for the holidays and we want our Manzano High School Military to know that they are loved and appreciated. All of us in Albuquerque are proud of our military alumni and want to thank them for risking their lives to protect our country!