Have you lost your Mankato West High School class ring? Have you found someone's class ring? Visit our Scarlets lost class ring page to search for your class ring or post information about a found ring.

Carole Puskedra
Class of 1981
Army, 20+ Years
Civil Affairs and Psychological Operations for 32 years. Deployment to seven countries and served in every conflict since 1985.
Report a Problem

Carole Puskedra
Class of 1981
Army Reserves, 20+ Years
31 years with Special Forces now stationed in California. Have deployed numerous time with one more coming up in Nov.
Report a Problem

David R. Pratt
Class of 1979
Air Force, 20+ Years
Served in the United States Air Force. Was in the intelligence field as a communications analyst. Retired from the Air Force on 01 June 2001.
Report a Problem

Jeff Rockow
Class of 1990
National Guard, 8 Years
I never saw any combat. I did get to drive a tank and blow stuff up
Report a Problem

Mazen (John) Abbas
Class of 1992
Army, 11 Years
Lt Col in the US Army as a Physician, serving at Tripler Army Medical Center as a Pediatric Gastroenterologist, recently returned from deployment with Joint Special Operations Task Force - Philippines.
Report a Problem 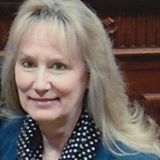 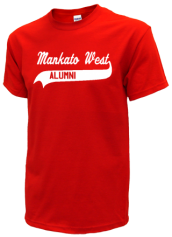 Read and submit stories about our classmates from Mankato West High School, post achievements and news about our alumni, and post photos of our fellow Scarlets.

Please spread the word: Mankato West High School is looking for Hall of Fame nominations. the Hall of Fame was formed ...
Read More »

View More or Post
In Memory Of
Our Mankato West High School military alumni are some of the most outstanding people we know and this page recognizes them and everything they have done! Not everyone gets to come home for the holidays and we want our Mankato West High School Military to know that they are loved and appreciated. All of us in Mankato are proud of our military alumni and want to thank them for risking their lives to protect our country!