Have you lost your Maine-endwell High School class ring? Have you found someone's class ring? Visit our Spartans lost class ring page to search for your class ring or post information about a found ring.

Dale passed away unexpectedly in West Palm Beach, Florida. He was visiting in the U.S. between exteneded stays doing volunteer work in the slums of Lima, Peru.

He is remembered for his dedicated years of teaching high school biology and his famous pop quizzes. Don enjoyed life and was a life long learner. He especially enjoyed Civil War history and was involved in the Gettysburg Institute for over ten years. He is greatly missed by his family.

Jay was killed in an auto accident just after entering the 7th grade in 1972. He would have been a 1977 graduate.

Died at his home in Schenectady,N.Y. Rest in peace, John.

Kevin lived in Greenwood ,SC where he was a cross country truck driver.
Submitted by Gene Kinne II

Luann died after a valiant fight with cancer. She had the brightest smile I've ever known.

Brain Hemorrhage
[ delivered by his father]
- thanks paa ...

Died, due to an accident, in Albany, N.Y.
Mike was a cardiac sonographer, at a hospital in Albany.

Patricia Cheely Snow, 48, of Syracuse, died Saturday, February 20, 2010. Patty grew up in the home of Mr. and Mrs. Rick Darlin in the town of Maine, NY. She graduated from Maine-Endwell High School in 1981 and went on to get her Associateâ%uFFFD%uFFFDs Degree as an Executive Assistant in Syracuse. Later on, Patty was married to James Snow of Syracuse who predeceased her. Pattyâ%uFFFD%uFFFDs greatest achievement was realizing she needed Christ in her personal life. She accepted Christ as her personal Savior when she was a teen and was baptized at the First Baptist Church in Maine. Patty had many struggles in her life, but was a very loving person and her family will always remember the best of times. In addition to her husband, Patty was predeceased by her parents, Charles and Lois Cheely. She is survived by her step-parents, Rick and June Darlin and three brothers, Tim Cheely of Marietta, GA, Gordon Darlin of Anaheim, CA and Randy Darlin of Boca Raton, FL. There are no calling hours. Memorial services will be held at a later date to be announced by her brother, Tim. Foster Funeral Home, Fulton has care of arrangements

My older brother Robert Long, class of '59 passed away from complications of cancer on Feb. 28th. He was able to attend his class reunion a few months back and I wanted to notify any of his friends that don't already know. His memorail service is today

Was living in Johnson City, NY.

It's been four months since my brother Thom passed away from a courageous battle with brain cancer on June 29th 2008. Thom, there hasn't been a day that I don't cry for you. I miss you oh so very much. If you went to school with my brother' please keep his family (wife Lisa, 13yr.old Josh and daddy's little girl, Marina Gianna,5 in your thoughts and prayers. We would like to thank all of Thom's friends, especially Mario Nunas for being there for him the last six months of his life. If you have any memories of my brother from high school and would like to share them with me, my address is Danielle Crawn R.R.#2 Box 160-A, Rome Pa. 18837 or you can E-Mail me at Daniellecrawn@msn.com. Thank you from the bottom of our hearts. 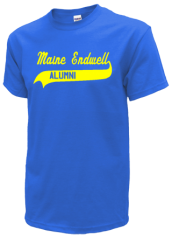 Read and submit stories about our classmates from Maine-endwell High School, post achievements and news about our alumni, and post photos of our fellow Spartans.