Have you lost your Madison Comprehensive High School class ring? Have you found someone's class ring? Visit our Rams lost class ring page to search for your class ring or post information about a found ring.

Senior Pastor Fred Hasecke of Trinity English Lutheran Church was looking for somebody who could speak to the younger generation when the Rev. Aaron D. Blankenhorn was called to the West Wayne Street church as an associate and youth pastor three years ago.

On Tuesday morning, police found Blankenhorn, 29, of Arlington Avenue, dead in his overturned car after it struck an above-ground high-pressure gas line on the side of Kress Road in southwest Allen County.

He is survived by his wife, Sondra, and two children &#150; Jonah, 2, and Rachel, born this past summer.

&#147;The grief that they must feel is almost incomprehensible,&#148; Hasecke said.

Trinity, 405 W. Wayne St., will remain open into the evening for the rest of the week to accommodate those who want to pray or receive consolation.

Blankenhorn was driving north near the 8300 block of Kress Road about 9:15 a.m. when he apparently lost control of his black 2003 four-door Pontiac Grand Am, Allen County Sheriff&#146;s Department spokesman Steve Stone said.

The accident occurred on a gravel portion of Kress, which alternates between gravel and paved surfaces between Lower Huntington and Branstrator roads. The car flipped onto its top and sustained severe damage.

&#147;Going from a hard surface to gravel surface, if you&#146;re going fairly fast it&#146;s fairly easy to fishtail and go off the road,&#148; Stone said. The cause of the accident is still officially under investigation.

Max Turnbow, of the 8600 block of Kress Road, saw the car on its top shortly after the crash. He said he could hear the hiss of gas from more than a block away. Three fire engines from the Southwest Fire District responded, as did members of the Allen County Sheriff&#146;s Department and the Allen County Fatal Crash Team.

Blankenhorn spent Sunday with children and residents of Lutheran Homes at 6701 S. Anthony Blvd. putting together packets to be sent to military personnel overseas.

Hasecke said several children and adults came to the church to grieve after news of the accident spread. Blankenhorn, who grew up in Mansfield, Ohio, came to the church after graduating from Trinity Lutheran Seminary in Columbus, Ohio. He earned his undergraduate diploma from Capital University, also in Columbus.

Hasecke said though Blankenhorn had all the abilities to become a senior pastor anywhere, at the time of his death he was deeply rooted in youth ministry. He said Blankenhorn used many illustrations during his sermons that he personally didn&#146;t understand, but that the young people in the congregation picked up on immediately.

Along with youth ministry, Blankenhorn specialized in dealing with young singles in their 20s as well as young married couples, Hasecke said.

&#147;He had a tremendous amount of maturity, but his heart was in youth ministry,&#148; Hasecke said.

Carla died unexpectantly Oct. 6, 2008 at her home in Willowick, Ohio

Died at his residence.

Died in a snowstorm while skiing in the French Alps.

Dwight passed away after a long illness at his home surrounded with the ones who loved him.

Death was a result of complications from an injury received in an industrial accident.

Died in a single roll over accident in Lincoln, IL. while driving for Panther II transportation.

Margaret Ann Reed (Holdsworth) age 64 of San Tan Valley, Arizona. Passed away July 9, 2016 at her home surrounded by her family. She is survived by husband Terry, daughters Kimberly Pierce and family, daughter Jennifer Loggins and family. 6 grandkids and her sister Charlotte Rein and brother David Holdsworth.

Death was a result of injuries received in an automobile accident.

Death was a result of injuries sustained in an automobile accident.

Death was a result of a rare blood disorder. 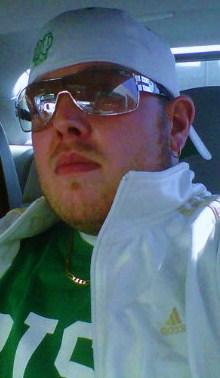 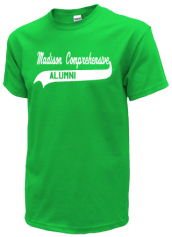 Read and submit stories about our classmates from Madison Comprehensive High School, post achievements and news about our alumni, and post photos of our fellow Rams.

Hi, my name is Melody Sue Schwaner Stimmell I graduated class of 1979. I am the banquet manager of the Ashland Eagles 21...
Read More »