Have you lost your Livingston High School class ring? Have you found someone's class ring? Visit our Lions lost class ring page to search for your class ring or post information about a found ring.

Amanda Williams White
Class of 1991
Navy, 3 Years
I was stationed in Key West, Florida for three years. I was a plane captain, and got to tell pilots what to do.
Report a Problem

James Cunningham
Class of 1997
Army, 10 Years
Did 1 year in Korea, deplyments: 2 tours in Kosovo, 3 tours in Iraq.
Report a Problem

Jennifer (Bickford) Heckart
Class of 2002
Navy, 4 Years
I have served four years in the Navy in San Diego, Ca. I work on assembling weapons and performing administrative work on them.
Report a Problem

Jeremy TInsley
Class of 2005
Navy, 1 Years
Currently stationed in taji, iraq my parent command is Naval Air Station Lemoore i am a medic with a marine unit out of lemoore.
Report a Problem

joshua varnell
Class of 2005
Army, 1 Years
married with 1 child and is currently deployed to iraq.
Report a Problem

joshua varnell
Class of 2006
Army, 1 Years
married with one child and currently deployed to iraq
Report a Problem

Justin Smith
Class of 2003
Air Force, 2 Years
I'm currently serving in the Republic of Korea as a Security Forces member!
Report a Problem 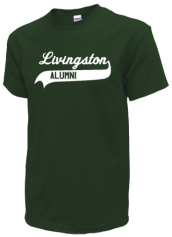 Read and submit stories about our classmates from Livingston High School, post achievements and news about our alumni, and post photos of our fellow Lions.

Post Your News
In Memory Of
Our Livingston High School military alumni are some of the most outstanding people we know and this page recognizes them and everything they have done! Not everyone gets to come home for the holidays and we want our Livingston High School Military to know that they are loved and appreciated. All of us in Livingston are proud of our military alumni and want to thank them for risking their lives to protect our country!