Have you lost your Lewis S. Mills High School class ring? Have you found someone's class ring? Visit our Spartans lost class ring page to search for your class ring or post information about a found ring.

Believed to be alcohol related.

Gary attended Lake Garda Elementary, Har-Bur Middle and Lewis S. Mills where he graduated from in 1986. He was a fixture in the automotive department and an avid horseman. After high school, he attended HartTech and went on to a distinguished career with General Motors and Saturn Corporation. After living in Canton, Ohio and having twin boys followed by a third boy, he returned to CT where he raised his children in Waterbury. He heroically battled melanoma for five months but ultimately died in April 2002, leaving behind his twin 7 year old boys, Keith and Thomas and his five year old son, Alex. He is buried at Rainbow Road Cemetery in Bethany.

George came back to Burlington after serving 4 years as a Marine. He died in a motorcycle accident. RIP you are missed.

My brother, Lynn, passed away October 19, 1996. He was waiting for a heart and lung transplant.

Melanie passed away on September 3, 2009 after a 6 year battle with cancer. She leaves behind her husband David Shaffer and son Devin Shaffer (8 yrs Old). Melanie was a successful graphic designer and worked for the Hartford Courant after graduating from Hofstra University. Her final position held at the courant was Director of Design and Graphics. She was an extremely humble person who always had a smile on her lovely face no matter what she was facing with her disease. We will miss Mel greatly but remember her lovely smiling face and all the great memories.

Car Crash in Wilmington, NC. Other driver drinking beer & on his way to New Year's Party.

Seth Ryan Wagner of Sunny Isles Beach, FL died suddenly on Saturday (June 16, 2007). Born in Middletown, NY on June 19, 1979, he was 27 years old. He graduated in 1997 from Lewis Mills High School in Burlington and graduated from Central Connecticut State University. Seth will always be remembered for his winning smile and witty humor. Seth is survived by his parents, Richard and Carmela (Gentile) Wagner of Burlington; his sisters, Sara and Rachel Wagner; his beloved nephew, Kaleb and niece, Gina; his grandfather, George P. Wagner, Jr. of Middletown, NY; and his former wife, Michelle Wagner of Sunny Isles Beach, FL. Seth was the nephew of Benny and Shelley Gentile of Middletown, NY, Dino Gentile of Middletown, NY, John and Kathleen Gentile of Burlington, Donna Wagner and Skip Close of Katonah, NY, George and Lynda Wagner of Esopus, NY; and many loving cousins. Seth was predeceased by his grandmother, Mary Wagner and his grandparents, Charlotte and Gino Gentile all of Middletown. A Funeral Mass will be held at 10 a.m. on Friday, July 6, at St. Patrick's Church in Burlington. Interment will be private. Donations can be made to High Watch Farm, 62 Carter Road, Kent, CT 06757.

Shawn Anthony Baio
BAIO, Shawn Anthony Shawn Anthony Baio was tragically taken from this life on Thursday, August 21, 2008. This beloved youngest son of Antonio J. and Vilma C. Baio was the victim of a robbery in Phoenix, AZ. He was born in San Jose, CA June 6, 1973. The family moved back to Burlington in 1979. Shawn attended Lake Garda School, Har-Bur Middle School, and Lewis Mills High School. He graduated, Class of 1991. The son of a gifted chef, Shawn inherited innovative culinary skills from his father. Past work experience as waiter and sous chef, included the Burlington Inn, Burlington, and La Trattoria, Canton. Relocating to Tempe, AZ in 1996, he worked as chef for many fine dining establishments notably, "Avanti" of Phoenix, AZ. Shawn was always surrounded by friends. He loved travel, camping, rock-climbing, and lake-fishing. This handsome young man was known for his outgoing personality, humor, and beautiful smile. His memory will be forever cherished by family and friends. He is survived by his devoted parents, Antonio J. Baio. and Vilma C. Baio; a sister, Sandy B. Key; and brothers, Marc A. Baio, and Stephen A. Baio. Surviving family also includes many uncles, aunts and cousins of the Baio families of Hartford, Wethersfield, and Burlington. Funeral services will be held Friday, Aug. 29 at 11:30 a.m. in The Ahern Funeral Home, 111 Main St., Rt. 4, Unionville. Burial will be private at the convenience of the family. There will be no calling hours. Online condolences may be shared at www.ahernfh.com

Susan Fagnand, a beloved mother, and graduate of lewis mills class of 1991 passed away in june of 2007 in stafford springs ct, after a long and courageous battle with cancer. she is survived by her daughter pamela couturier and her son james couturier.

There may be some classmates of my Brother Bill that haven't heard of his passing. He lived in Georgia with his wife Phyllis. He was the first sibling I've lost. My heart is broken until we meet again. 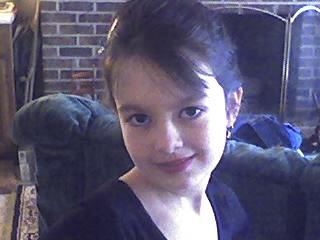 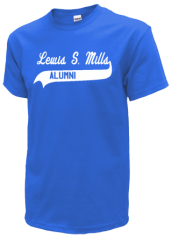 Read and submit stories about our classmates from Lewis S. Mills High School, post achievements and news about our alumni, and post photos of our fellow Spartans.