Have you lost your Lemon-monroe High School class ring? Have you found someone's class ring? Visit our Hornets lost class ring page to search for your class ring or post information about a found ring.

Darrell Rose
Class of 1973
Navy, 6 Years
Stationed on the U.S.S. Wainwright CG-28 which was the lead ship in the harbor parade of 1976 at New York City 4th of July celebration.
Report a Problem

Donald E Canter
Class of 1964
Army, 3 Years
Basic training at FT. Knox. Then to Aberdeen Proving Grounds. Then to FT.Lee and then to Vietnam in 1966 to 1967. Then went to FT. Hood Texas.Got out October 1968
Report a Problem

Everett E. Frazee Sr.
Class of 1941
Navy, 4 Years
This is my Dad he served in the South Pacific . WWII . he went down with the Carrier Yorktown and of course he survived. He then served on The Destroyer Buchanon, and then he was ordered to a brand new Super Battleship Named by then Sen. Harry S. Truman in 1944. It was the Battleship Missouri. He got to watch the Japanese Surrender in Tokyo Bay in 1945. He was discharged in Nov.1946
Report a Problem

Gary Bales
Class of 1965
Navy, 6 Years
I was on a Submarine Tender in San Diego and a Tank Landing Ship. I am a Combat Veteran of the Viet Nam war. I was on a LST operating in the Mekong Delta for one year. I was also in the Army National Guard of Ohio for 4 years.
Report a Problem

John N. Blose, Col, USAF ret
Class of 1959
Air Force, 20+ Years
Entered the Air Force Officer Training School on 12 August 1963 and following commissioning that November moved to Amarillo AFB, TX to attend Supply Officer training. Initial permanent assignment was to Little Rock AFB, AR in support of Titan II Missile Systems and the B-58 Strategic Bomber Missions. Acceptance for the Air Force Institute of Technology's advanced degree progran had John on the move again to Wright Patterson AFB in June 1966 where he would receive a MS Degree in Logistic Management followed by 12 month tour as Wing Logistisc Officer with the 14th Air Commando Wing at Nah Trang Vietnam. Apparently destined to make some history in the NE Asia theater John was next assigned to Hq 5th Air Force in Tokyo, Japan where he remained for 3 years as Chief, Logistic War Plans. TBC.....
Report a Problem

Kurt Bratlie
Class of 1983
Army, 18 Years
Intelligence Analyst, Scout, Special Agent Criminal Investigator (CID), Served overseas and in every dessert known to man. The Army has a way of showing you all the "garden" spots of the world - LOL! Wouldn't have traded the experience for anything.
Report a Problem 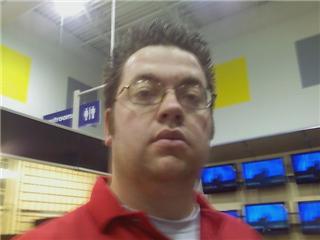 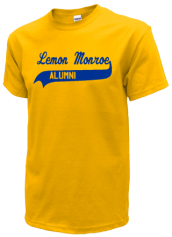 Read and submit stories about our classmates from Lemon-monroe High School, post achievements and news about our alumni, and post photos of our fellow Hornets.

Post Your News
In Memory Of
Our Lemon-monroe High School military alumni are some of the most outstanding people we know and this page recognizes them and everything they have done! Not everyone gets to come home for the holidays and we want our Lemon-monroe High School Military to know that they are loved and appreciated. All of us in Monroe are proud of our military alumni and want to thank them for risking their lives to protect our country!