Have you lost your Ledyard High School class ring? Have you found someone's class ring? Visit our Colonels lost class ring page to search for your class ring or post information about a found ring.

Richard Daniels
Class of 1970
Army, 20+ Years
I served on Active duty for 12 years and then another 10 1/2 with the Reserves here in Connecticut.
Report a Problem

Andrew M. Wise
Class of 2006
Army, 2 Years
Still Active in the 82nd AIrborne Division! Served one tour in Iraq for 15 months and will be heading to Afghanistan in Mid-2009. Will be finishing up his 4 year enlistment in 2010
Report a Problem

Dail Slingsby
Class of 1970
Navy, 20+ Years
I joined the navy at a time when it was not a popular thing to do in 1971. I spent 20 years in the Navy as a jet engine mechanic and helicopter Crew Chief.
I accumulated a little over 3,000 flight hours in helicopters. I did a tour with the USS Midway from 1972 to 1975. On my first cruise on the Midway we spent 8 months in the Tonkin gulf (Viet Nam). The Midway was the first American aircraft carrier to be home ported in a foreign country. I had the opportunity to visit most of the countries in the orient. I also did tours a Naval Survival Instructor (SERE). I retied as an Aviation Machinist Mate Senior Chief.

Dail Slingsby
Class of 1970
Navy, 20+ Years
Retired as Senior Chief Petty Officer. I was in Naval Aviation as a helicopter Crew Chief. I accumulated 3,000 flight hours in helicopters and in some fixed wing aircraft. I spent some time as a navy survival instructor and was designated a Master Training Specialist. I have visited 4 Continents and many countries through out the Western Pacific and Indian oceans.
Report a Problem

Debra Ann Dotts Christian
Class of 1973
Air Force, 4 Years
Stationed in Washington, D.C. with assignments at the Pentagon (Receptionist to Secretary of the Air Force) and White House (Presidential Clemancy Board).
Report a Problem

Harrylouis Rodriguez
Class of 1999
Army, 6 Years
US Army medical core medically retired in jan 2013 got hurt on deployment to Afghanistan in 2010
Report a Problem

Jeff VanCuren
Class of 1989
Army, 13 Years
I am still serving in the Army. I have been stationed in Germany (a year in Bosnia), Virginia, North Carolina, South Dakota, back to Virginina, and now Iraq.
Report a Problem

Joe Nestor
Class of 1981
Army, 20+ Years
Served most of my career as a Kiowa Warrior helicopter pilot in the Cavalry. Multiple overseas deployments. Now serving in the Office of the Deputy Chief of Staff, G-1, Pentagon.
Report a Problem

Lynette Shenk Kammerer
Class of 1990
Navy, 5 Years
MS3 - Mess Management Specialist. Duties were similar to that of Hotel/Restaurant Management. This position is currently known as a Cooks Specialist.
Report a Problem

Mark Dandridge
Class of 1985
Air Force, 20+ Years
Current job is Budget Analyst and served as an Aerospace Ground Equipment Craftsman for 18+ years. Retiring as an E7 effective 1 November 2008. Seved in Turkey during Operation Northern Watch and Enduring Freedom and Suadi Arabia during Operation Southern Watch and served in Panama, San Antonio and Phoenix.
Report a Problem
123 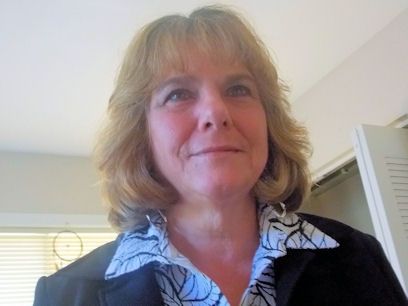 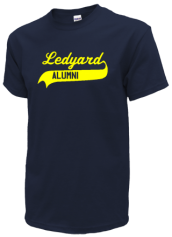 Read and submit stories about our classmates from Ledyard High School, post achievements and news about our alumni, and post photos of our fellow Colonels.

View More or Post
Our Ledyard High School military alumni are some of the most outstanding people we know and this page recognizes them and everything they have done! Not everyone gets to come home for the holidays and we want our Ledyard High School Military to know that they are loved and appreciated. All of us in Ledyard are proud of our military alumni and want to thank them for risking their lives to protect our country!