Have you lost your Lasalle-peru High School class ring? Have you found someone's class ring? Visit our Cavaliers lost class ring page to search for your class ring or post information about a found ring.

At the "happiest place on Earth," Bettye Travis was so focused on her young daughters' visit with Mickey Mouse, Cinderella and Snow White that she did not notice the small group of tourists focusing on her.

They pointed at her 300-pound figure, snickered and slyly stood next to her.

"I told her, 'They're standing around behind you and having pictures taken like you're a freak,' " Linda Moreno, Travis' partner, recalled in an interview last week.

Without swearing or causing a ruckus, Travis and Moreno turned what could have been a painful moment into something else. The two women took their own cameras and aimed them at the people who were photographing Travis, "until they got the message," Moreno said.

Soon the shutterbugs slinked away, ashamed. And the Travis-Moreno family continued having fun at Disneyland.

That was the way Travis, a clinical psychologist with a long history of activism, fought her battles. She challenged conventional wisdom about being overweight. Through her role as president and a board member of the National Assn. to Advance Fat Acceptance, she stood her ground in debates with radio shock jocks and responded to criticism from the public in a bid to lessen the stigma and ridicule that come with being fat, a term she used with no shame.

Travis died May 7 after a long battle with cancer at Kaiser Hospital in Oakland, Moreno said. She was 55.

Personal experience led Travis to the conclusion that fat people were "one of the last marginal groups that are still targeted, that it's still OK to make fun of," she told the New York Times in 1999. Having lived through the crude jokes, ostracism and assumptions that "fat" equals "lazy" or "ugly," she set out to change the way society thinks about size.

In San Francisco, a fitness club ran a billboard advertisement featuring a space alien and the hook: "When they come, they will eat the fat ones first." In protest, members of the National Assn. to Advance Fat Acceptance in the Bay Area did aerobics in front of the fitness club.

In Travis' view, using the term "fat" was fine, part of her embracing who she was. But it was unacceptable for people to lose out on job opportunities, receive inferior healthcare or be denied access to facilities and services because of their size.

"Just imagine for a minute going to the theater and coming out with bruises because the seat is too tight," she told a reporter for Scripps Howard New Service in 2000. "Flying is horrible. I have to buy two seats, or crowd the person next to me."

Once when she showed up at a hospital in severe pain a technician informed her that she was too overweight to fit on a gurney.

"The myth that we have lived with in this country forever — that people are responsible for their size — is not true," she told a reporter for American News Service in 2000. "It could be genetic or medical or an allergy thing. We struggle with eating healthy and exercising just like everyone else."

Born in Cheyenne, Wyo., on Sept. 29, 1951, Travis was reared in LaSalle-Peru, Ill., the daughter of a schoolteacher mother and a father who was a farmer.

At Monmouth College in Illinois, she earned a bachelor's degree and spent a year at a Quaker spiritual center, the genesis of her social activism and pursuit of a career in the ministry. At John F. Kennedy University in Northern California, her interests shifted and she earned a master's degree in clinical psychology.

An internship at the Pacific Center turned into a 14-year tenure with a related organization, the AIDS Project of the East Bay. There she served as a client services counselor and was director of client services when she left in the mid-1990s.

During her tenure with the National Assn. to Advance Fat Acceptance in the 1990s, Travis made sure workshops addressed issues of importance to children and parents, "so they will not suffer from the kinds of things we suffered from," said Frances White, who served with Travis on the association's board.

Travis was concerned about the parents of large children who were often assumed to be guilty of overfeeding or otherwise abusing their children.

She was also concerned about the bullying and teasing that overweight children endure.

"You have to be a very, very strong person to fight back," White said. "She was always somebody who fought back."

In 1996, Travis and Moreno opened Spun Sugar, a sweet shop in Berkeley that offers classes for bakers and candy makers.

In addition to Moreno, Travis is survived by her daughters, Bianca and Cinaida.

Travis handled the business side of Spun Sugar and was honored by civic groups for her skills.

She remained committed to reversing conventional wisdom about overweight people.

"We were taught that fat people are stupid or worthless, but we aren't buying that anymore," she told a reporter for the Boston Globe in 1999. "That is what we're hoping to get people to realize, that being fat is not a crime. It's what we are, and we are proud of it."

Counselor and small business owner in the San Francisco Bay area. Graduated from Monmouth College in 1973.

A fight for 4 years, Breast Cancer.. 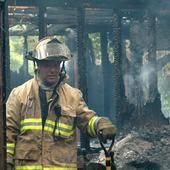 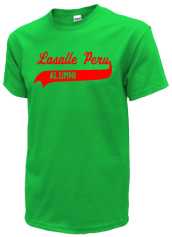 Read and submit stories about our classmates from Lasalle-peru High School, post achievements and news about our alumni, and post photos of our fellow Cavaliers.