Have you lost your Lansing High School class ring? Have you found someone's class ring? Visit our Lions lost class ring page to search for your class ring or post information about a found ring.

David Malec
Class of 1977
Navy, 4 Years
Served 2 years aboard the USS Morton (DD-948) Home Port, Pearl Harbor, Hawaii and 2 yerar aboard the USS Bagley (FF-1069) Home Port, San Diego, California. Made 2 Wes-Pac Crusis. In 1979 was off coast of Iran for 9 months during the Hostage crisis during the Carter Adminstration
Report a Problem

Earl D Black
Class of 1970
Navy Reserves, 6 Years
Joined the Navy Reserve in June of 1972, went to Great Lakes for boot camp in August, then attended radio school in Bainbridge Maryland graduating in December 1972. I then came back home to await orders going into the reserve center on Van Brunt in KCMO several times a week until March of 1973 When I was assigned to USS Lynde McCormick (ddg8). We made 2 WesPac cruises over the next 2 years during which I made it to third class (passed exam for second) released from active duty in March of 1975. Stayed in reserves until 1978 while I was in school.
Report a Problem

Edgar McAnderson
Class of 1979
Army, 20+ Years
My first assignment was with Company B, 82nd Signal Battalion where I served as a Platoon Leader. One year later I was reassigned to the 325th Airborne Infantry Regiment as the brigade communication platoon leader. In November of 1985, I was assigned as the battalion signal officer for the 3rd Battalion, 504th Parachute Infantry Regiment. Eighteen months later I attended the Signal Officer Advanced Course.

After the Advanced Course, I was promoted to captain and was reassigned as the battalion signal officer for the 1st Battalion, 15th Field Artillery, Camp Casey, Korea. I returned to Fort Bragg in October of 1988 where I was assigned as the Chief of Operations of the Forces Command Automated Intelligence Support Activity.

Subsequently, I was reassigned to the 525th Military Intelligence Brigade in April 1990 and assumed command of Company B (Communications), 319th Military Airborne Intelligence Battalion (Operations) on 7 May 1990. During my command, I deployed my unit to Southwest Asia in support of Operation Desert Shield/Storm. In December of 1991, I returned to Korea where I served as the Division Radio Officer for the 2nd Infantry Division.

In July 1997, I was assigned to the Army Staff, Assistant Deputy Chief of Staff for Operations and Plans â€“ Force Development, Communications Division, where I served as a systems integrator for two years.

In June of 1999, I was assigned to the U.S. Army Element, Joint Staff, Washington, D.C. where I served as Chief, Operations Evaluations Branch for the Director of Operations and as the Command, Control, Communications and Computers (C4) Investments Action Officer for the J6. I was promoted to Lieutenant Colonel in December of 1999.

From June of 2002 to March of 2004, I served as the as the Synchronization Staff Officer for the Distributed Common Ground System â€“ Army (DCGS-A) in the Intelligence Division within the Directorate of Force Development, Deputy Chief of Staff, G8. I retired for the military in March 2004.

Since my retirement, I have worked for JB&A Inc. as a Department of the Army Systems Coordinator (DASC) for the Assistant Secretary of the Army for Acquisition, Logistics and Technology (ASA(ALT)), Aviation, Intelligence, Electronic Warfare and Sensor Systems Directorate, Washington DC.

Gregory Lane Gayhart
Class of 1973
Navy, 20+ Years
I served as a United States Naval Cryptologist from January 1974 through September 1995. I was responsible for providing timely intelligence to operational forces. I retired as a Chief Warrant Officer W3 on 1 September 1995.
Report a Problem

Janine (Lubaczewski) Barnett
Class of 1984
Army, 10 Years
I served for 6 years as a Military Police Office before changing MOS to become a Special Agent in the Criminal Investigation Division. I had many overseas tours as an MP...Operation Desert Storm, Panama, Guantanamo Bay, and South Korea. As a CID Agent, I became a Personal Security Officer for the Protective Service Unit, which provides personal protection for the top Pentagon officials and their foreign counterparts.
Report a Problem

Linda Marie Connell
Class of 1983
Army, 4 Years
I served active duty Army, duty stations were Fort Jackson, SC and overseas in Germany. I was a 94B food service specialist
Report a Problem

Michael G. Rees
Class of 1966
Army, 2 Years
Served from May, 1968 thru May 6, 1970. Was trained as a Military Police, basic training at Ft. Polk, Louisiana, MP training at Ft. Gordon, Georgia, 1 year in Vietnam, and the remainder of service at Ft. Carson, Colorado.
Report a Problem

Tom Cash
Class of 1970
Navy, 20+ Years
Served 27 1/2 years as an Electronics Warfare Technician, after 9/11 I spent a year as an Anti-Terrorism/ Force Protection Unit LCPO.

As an EW I was what you might call the fuzz buster of the fleet! We listened for enemy radars and identified them for tactical awareness. 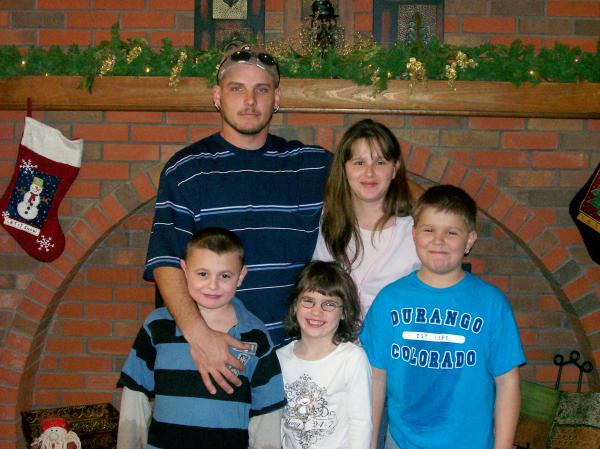 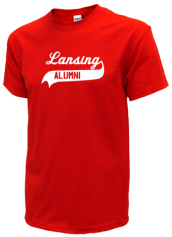 Read and submit stories about our classmates from Lansing High School, post achievements and news about our alumni, and post photos of our fellow Lions.

Great paper for what is going on in our town.

View More or Post
In Memory Of
Our Lansing High School military alumni are some of the most outstanding people we know and this page recognizes them and everything they have done! Not everyone gets to come home for the holidays and we want our Lansing High School Military to know that they are loved and appreciated. All of us in Lansing are proud of our military alumni and want to thank them for risking their lives to protect our country!