Have you lost your Lakewood High School class ring? Have you found someone's class ring? Visit our Rangers lost class ring page to search for your class ring or post information about a found ring.

Barb died from complications of a long term battle with cancer.

Peanuts was a treasured friend and classmate of mine.She had a hard life due to her dependancy on drugs, but she managed to live her life cleanly but suffered from asthma and copd.It was copd which ended her life as she slept. May god bless her and always know that I'll miss you till we meet again.

Cherished brother Bruce of Bullhead City, Az. unexpectedly passed at the age of 74, in Az. Bruce formerly resided in Newport Beach and Costa Mesa California. He was an Electrician. Bruce was a loving brother, Uncle and friend of many. He will be greatly missed and forever in my heart. Heidi Maurer

At Lakewood's Horace Mann Junior High
in 1970, every interested boy could join the Purple Pups football team. But when they started handing out helmets, they ran out before they got to a last-place, skinny kid named Chuck Carpenter. So his dad bought him a close substitute at Uncle Bills. A set of free weights and some mom-made peanut-butter milkshakes later, and Charlie became a varsity starter who was All Lake Erie League—Offense AND Defense, and was also a starter in basketball, baseball, and track, and even got a full, four-year ride to college to play football! With the help of his mom's rebounding, Charlie could make nine out of ten free throw shots blindfolded.

Every kid on the bench needs to hear the Charlie Carpenter story. Hollywood makes movies about underdogs like Charlie, and actors can only pretend to be the kind of faith-filled overcomer Charlie was and is.

On Sunday, May 3rd, 63 yr. old Charlie was working in the yard with his wife Dana of 17 years and suddenly collapsed and died of heart failure. In addition to his much-beloved wife, Dana (nee Edman), Charlie is survived by his three sons, Charles III (Cassie), Brian, and Daniel, and a granddaughter Olivia (daughter of Charles III), his father, Charles A. Carpenter Sr., and his sister Kimberley Moore (Edward), brother Scott Carpenter (Nanette Yannuzzi), and sister Laura Nelson (Peter), as well as many nephews and nieces and seven great-nieces and nephews. He is preceded in death by his mother, Janet M. Carpenter (nee Kapl).

Charlie became an LPN in a mid-life career change and became the favorite of his nursing home residents wherever he worked. He and his wife even prayed for his patients, and such was his deep and sincere care for them.

He joined his wife Dana, an ordained EPC minister, in a long-running inner-city mission she began in 1995 —The Isaiah Project, volunteering tirelessly and working alongside her to bring the transforming power of the Gospel to inner-city youth.

Charlie loved home projects. One of his first dates with Dana was fixing the plumbing in her apartment. (That's a keeper, right?) Last year Charlie and Dana bought a large, somewhat neglected home on Cleveland's west side and began transforming it. Charlie, true to his Carpenter genes, rebuilt the entire first floor and was starting on the second and attic levels when God called him home. Everything and everyone he touched was way better off when Charlie stepped in--even his house.

Charlie was spontaneous, loving to hop in the car with Dana and just drive, go for hikes and antiquing, finding new places to eat. They loved Loudonville, where they spent their honeymoon and many wedding anniversaries. Dana and Charlie did everything together, side-by-side. A deeply sensitive man, even movies could make him cry. Dana told the family, "There is no one who loved me the way he did.

Died of injuries sustained in an auto accident August 2 1967 while stationed in Maine with the USN. Dave was training to be an air traffic controller.

DAVID LEE KASSON, Aged 81, passed away quietly at his home in Columbus on Friday, August 25, 2017. Dave was born June 19, 1936, first son to Clayton “Bud” and Betty (Ferrier) Kasson in Lakewood, Ohio. He graduated from Lakewood High School in 1954, going on to serve in the Army as well as attend Kent State University. Starting his working life at the local A & P at age 14, he was a retail and human resources manager for most of his career, working in grocery, toys and home improvement. A proud member of the Jaycees, he moved his family to Columbus in 1966. He also lived for a time in Portsmouth, Ohio;Vanceburg, Kentucky and Lakewood, Ohio. From his teen years onward Dave had a keen interest in popular music and film, keeping up with new artists and directors. Cars were also an interest; a long-time subscriber to Road & Track magazine, he regularly attended the annual car show in Columbus to enjoy new car models, both the ones he might consider having as well as the ones to dream about. He was an ardent fan of the Browns and the Indians, as well as the Fightin’ Irish of Notre Dame.

Dave was preceded in death by his parents, his dear sister Nancy Bangert and his two beloved dogs, Ginger and Candie. He shared 29 years with wife Anita (Bate) Kasson; he was father to Jeff (Colleen) Kasson of Punta Gorda, Florida, Gary (Bobbilyn) Kasson of Westerville, Ohio, and Bryce Kasson of Cologne, Germany; grandfather to Dylan Kasson, and Bryn and Meghann Kasson; brother to Kathy (the late Tom) Rooney of Avon Lake, Ohio, Sue (Don) Appelgate of Lakewood, Ohio, John Kasson of Cleveland, and Jim Kasson of Cleveland. He is also survived by numerous nieces and nephews. Dave will be missed by all who knew and loved him. Inurnment was held on September 4 at Ohio Western Reserve National Cemetery, (10175 Rawiga Road, Seville, Ohio).

Dennis was 1972 graduate and was a mascot or water boy for the Football team.Friend of many.
Was in the L club. A Great guy.

DICKERSON EMILY ELIZABETH LOUISE DICKERSON, age 29. Beloved daughter of Billy and Eileen (nee Miller) Dickerson; loving companion of John Pappas; dear sister of Eric (Shannon) and Jonathan (Kati-Jean) Dickerson and dear aunt of Emma and Abbigail and the late Hailey-Mae Dickerson, passed away Friday, September 18, 2015.
She left this world way too early, but made her mark on so many hearts

Gary Kelly passed away today June 23rd in hospice at his home in Slidell, LA, from pancreatic cancer. His parents predeceased him, and he did not have siblings, spouse or children.

"Dub" was a good neighbor and boyhood friend. He was a great golfer, athlete and just a nice young man. Rest in pease my old friend! Joe and bonnie kunzelman

Husband of kathleen; father of Melissa and James C Roba. A family man and caring who will be missed by those who worked with him and knew him.

Loving husband of Barbara (Green) class of '64.
Father of 3 and stepfather of 4.
Employed by Honeywell for over 27 years

Died of unknown cause in her sleep. Rest in peace our beloved daughter.

Jill was a friend until she passed, even when we were years between talking while we had distance our last years of talking brought us back to Lakewood and our appalling teen years. It was like living them all over again. Her memory most sharp, loved to talk and I did Laugh until tears fell. I was so sorry to share he last moments with her via phone calls. People like her should not have suffered in the end. She was a fighter in life as well at her end. She was my friend and miss her so. If you remember her you will remember her infectious laugh.

I remember you. I will not forget you. I saw that you were no longer living .. . on this website http://www.lhs70.com/gallery/InMemoriam . I don't know when or what happened to you my old friend. But I just wanted to thank you for being so kind to me in 1967

Graduated from Bethany College and worked as a computer programmer. A very special person.

John transferred from Steubenville High School in the fall of 1966 so only had 1 year at Lakewood. He played football and wrestled. 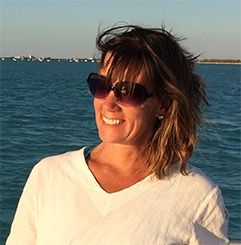 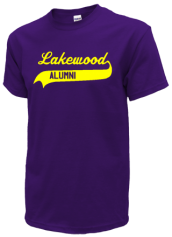 Read and submit stories about our classmates from Lakewood High School, post achievements and news about our alumni, and post photos of our fellow Rangers.