Jeanette passed away after a courageous battle against cancer. Jeanette was known for her great sense of humor and for her love of the beach and seashells.

Teresa Harmon Ingerson and her husband Tom Patton passed away last year in a terrible automobile accident. Teresa was an integral member of our reunion committee from the 20 year reunion in 1990 up through our 40 year reunion in 2010. Teresa and Tom opened their home to us for several meetings through the years and always provided a "mini cocktail party". Tom, like other committee spouses, was always eager to help with whatever we needed. They were a fun and loving couple and are missed everyday by those who loved them.

Thomas A. Brown of Roanoke, VA passed away on December 4, 2007 after a prolonged illness as a result of a spinal cord injury. Tom had many friends at the school mainly centered around his love of playing the guitar. He most certianly deserves creidt for having a heart of gold and as his friend Ken Hatfeld remarked, "a joie de vivre"

This date has not been confirmed.

Passed away from an illness

Exact Date in March is not known.

William H. Jefferson Jr. NORFOLK - Tech. Sgt. William Haywood Jefferson Jr., stationed in Fayetteville, N.C., died March 21, 2008, from wounds suffered in Afghanistan. William was born July 21, 1973, in Norfolk. He grew up in the Norfolk area and graduated from Lake Taylor High School in 1991; he enlisted in the U.S. Marine Corps that same year. He served as an infantry man in the 2nd Recon Battalion in Camp LeJeune, N.C., from 1991-95. After which he made a career change in the U.S. Air Force. He became a combat controller with the 21st STS in 1996. He served as a combat controller from 1996-2008. In his combat control service, he was awarded Combat Controller of the Year in 1999 as well as many other achievements within his career field. He attended Embry-Riddle University and earned his BS in professional aeronautics in 2004 and was working on his master's degree. He was posthumously awarded the Purple Heart, Bronze Star and Air Force Combat Action Medal. Will enjoyed skydiving but most of all playing Texas Hold'em poker. He is survived by his wife, Kristy; 8-year-old daughter Tyler and expected daughter, Natalie Grace, all of Fayetteville, N.C.; his parents, Linda and William Jefferson Sr. of Norfolk; sister and brother-in-law, Tammy and John Davis; two nieces, Emily and Deanna of Virginia Beach; grandmother, Nora Jefferson of Norfolk; and many loving aunts, uncles and cousins. His family said, "Will was well respected in and out of his career field. He was loved by all who knew him and will be deeply missed." 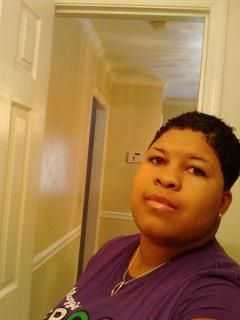 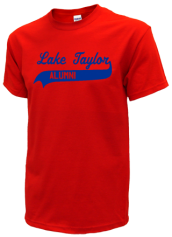