Have you lost your Kuna High School class ring? Have you found someone's class ring? Visit our lost class ring page to search for your class ring or post information about a found ring.

Sharon Christine Strong
December 3,1964- November 5, 2012
Sharon Christine "Christy" Strong passed away peacefully on November 5, 2012, with family and friends by her side. She was born on December 3, 1964, and died just short of her 48th birthday.
Christy attended grades K-12 in the Kuna schools. She loved school, was an A student, and served as drum majorette of the band. Christy attended Boise State University, where she earned a degree in nursing.
She lived in Medical Lake, Spokane, Post Falls, and Yakima, Washington. She worked for Dr. Stephen Goodell for 15 years. The doctor and his wife, Timme, became very close friends. Christy and Zach returned to Kuna, Idaho, in 2010 to live with her brother and niece.
Christy loved life, family, friends, and the Boise State Broncos. She decorated each home beautifully and loved to work in her garden and lawn. Together with her father and brother, she went on many camping and hunting trips. Christy, accompanied by her son and mother, flew to Alaska three years ago; this trip will be forever cherished by Darla and Zach.
Christy is survived by her parents, Tom and Darla Strong of Nampa, brother Rick Strong and his daughter Aaliyah of Kuna, and most of all her pride and joy, Zachary Thomas. She is also survived by her cowboy friend, Bart Swindel, who brought so much joy and love into her life, as well as many relatives, friends, and co-workers.
She was preceded in death by her grandparents, the Van Nortwicks and Strongs.
A Celebration of Life Service will be held at the Church of the Brethren, 11030 West Orchard Avenue, Nampa, Idaho, on Saturday, November 10, at 2:30 p.m. A luncheon will follow the service.
Appreciation is extended to all of the great people who took care of Christy--Dr. Dan, Bart, Jill, Liz, Cheri, and Janet, who were angels sent to us in our time of need.

Andy Payne passed away December 12, 2006. He fought the cancer, but the cancer won. I know we all will remember him in our own way.

Darrel R. Jordan who was born in McCall, Idaho on December 28, 1973 and passed away on August 28, 2006 at the age of 32. Darrel suffered with Epilepsy for 25 years. He had multiple surgeries attempting to control and reduce the constant number of seizures, and through it all maintained a kind and loving spirit.

passed away from injuries sustained in a car accident just three weeks after leaving the US Army Active Duty. 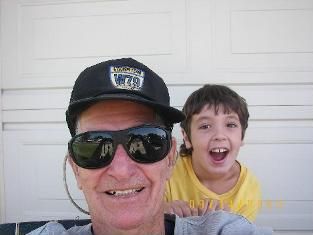 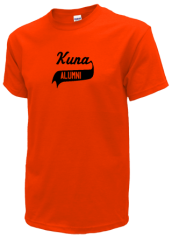