Ladies gold JFK 1970 ring. Initials inside are LAR but the script makes the A look like an E. There was a little smudge of white paint on the side of the front from when I painted the basement walls. It was lost in front of the Bloomington Target store in the early to mid ‘70s. I put an ad in the paper & my sister answered my phone when someone called about it, but the caller thought the initials were LER & my sister did not get a name or #. I still miss it, & don’t know how my single mom was able to buy it for me. Any leads?

Lost woman's JFK ring, silver, with blue stone. Inside initials SAA. Most likely was sold, it was taken with all of my jewelry boxes out of a storage unit that was sold. The year it was taken was approximately 2010.

JFK - Bloomington, MN, Class of 1998. Mens ring. Blue stone. Silver band. Symbol of Virgo on one side, eagle on other. Initials of PLM or FLM. Hard to read. Found in a bag of other rings while cleaning out an old home.

A Kennedy High School ring with a blue stone was found in Slater, Iowa. The year on the ring is 1973 and the initials inside are RR.

Lost in approx. 1975. Ladies y. gold 1970 Kennedy class ring w/ blue stone. Initials inside are: L A(Looks like an E) R. Any info on this ring pls contact: flowergirl5291@yahoo.com. Thank you-
I know my mom sacrificed to get this ring for me!

Lost a gazillion years ago - a male 1978 a Bloomington Kennedy silver class ring with a blue stone with initials of JA on the inside. If found, contact amato1414@gmail.com. 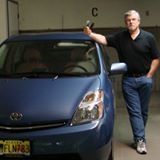 Read and submit stories about our classmates from Kennedy High School, post achievements and news about our alumni, and post photos of our fellow Eagles.

Come to the Bloomington Heritage Days' first tennis festival. We would love to have Kennedy Alumni join the fun.
...
Read More »

View More or Post
In Memory Of
Help make someone’s holiday season even better by reuniting them with their class ring. Class rings can hold a lot of meaning for some people and losing it can be heartbreaking. Our Kennedy High School Lost Rings page is the perfect place to post and reunite someone with his or her lost class ring. If you have lost your class ring or found someone else’s simply enter all the details you can about the ring so it can be easily identified. Be sure to put your contact information on the post so that the owner of the ring can reach you.