Have you lost your Jamestown High School class ring? Have you found someone's class ring? Visit our Red Raiders lost class ring page to search for your class ring or post information about a found ring.

Diane Devol
Class of 1983
Air Force, 6 Years
Served for 6 years working in the field of calibration and repair of electronic equipment. Was active duty during Desert Storm, and was awarded the National Defense Ribbon during that conflict
Report a Problem

John Brunato
Class of 1959
Army, 20+ Years
Enlisted in 1959 went to Germany where I watched the Berlin wall go up. Reenlisted for the US Army Security Agency and Special Forces. Served Taiwan, Vietnam, Panama and other posts in the United States. Finished my career on recruiting duty in Massachusetts,
Report a Problem

John E. Anderson
Class of 1965
Army, 20+ Years
Spent 21 years in the Army Medical Specialist Corps as a physical therapist. Retired as a LTC in 1991.
Report a Problem

Keith A. Reed,Sr.
Class of 1977
Army, 20+ Years
I served in the US Army as Wheeled Vehicle Mechanic, Physical Activities Director and a Logistician. I serve in Operations Desert Shield, Desert Storm and Desert Calm. I am now retired and serving as a Clinical Pastoral Chaplain at a Hospital attaining those with long term acute care medical issues.
Report a Problem

LEROY FOSTER
Class of 1967
Air Force, 20+ Years
Entered military at the height of the Vietnam War in August 1967 with my draft notice in hand. I elected to enlist in the US Air Force and went with several Jamestown men to basic training under Project 100,000. Sent Direct Duty Assignment to Westover AFB Mass as a fuels specialist with no prior tech school training as many did under Project 100,000. Without knowing the dangers of Agent Orange herbicides, I was selected to handle, mix and power spray these herbicides as an additional duty besides refueling B52 bombers, KC135 refueling aircraft, fighters like the F4 Phantom, F106 Delta Dart, and many other fighter aircraft and cargo aircraft. I stayed in for the next 20 plus years going from base to base (22 in all) all over the world. I retired from active duty and came home to have to start all over again graduating from JCC in 1991 and SUNY Fredonia in 1993 amassing 305 semester hours of classes and four degrees. Going back to work for the Dept of Defense and the US Air Force for another 18 years serving overseas again for OPERATION IRAQI FREEDOM AND OPERATION ENDURING FREEDOM finally retiring in July 2004 because of Agent Orange diseases.
Report a Problem
12 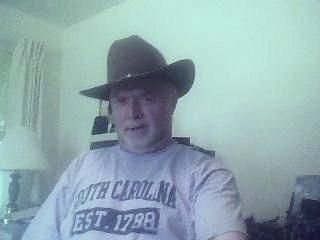 Read and submit stories about our classmates from Jamestown High School, post achievements and news about our alumni, and post photos of our fellow Red Raiders.

Check out the "Search Reunions" to find details on our July 28th and 29th Reunion.
Read More »

View More or Post
In Memory Of
Our Jamestown High School military alumni are some of the most outstanding people we know and this page recognizes them and everything they have done! Not everyone gets to come home for the holidays and we want our Jamestown High School Military to know that they are loved and appreciated. All of us in Jamestown are proud of our military alumni and want to thank them for risking their lives to protect our country!