Have you lost your James Wood High School class ring? Have you found someone's class ring? Visit our lost class ring page to search for your class ring or post information about a found ring.

Beverly Michelle Nethers, 37, of Inwood, went to be with the Lord on Tuesday, Jan. 25, 2011, surrounded by her family while under the care of Hospice at her residence.

Born Feb. 28, 1973, in Winchester, Va., she is the daughter of Virgil Gordon Vance and wife, Susan Carol Taylor-Vance, of Bridgeport, and Deborah Aronhalt Wheeler and husband, Mike Odell Wheeler, of Berkeley Springs.

She was a 1991 graduate of James Wood High School, where she was a member of the band and the chorus.

She was a Christian by faith and trusted in God throughout her life and illness.

She was employed with World Wide Automotive.

In addition to her parents and stepparents, she is survived by her loving husband, Mark Anthony Nethers II; one brother, Christopher Steven Vance, of Berkeley Springs; one half sister, Tasha Wheeler, of Ridgeley; mother-in-law, Darlene Morrison and husband, John, of Stephenson, Va.; father-in-law, Mark A. Nethers and wife, Betty, of Bunker Hill; paternal grandmother, Mabel Ellen Vance; step-grandmother, Evaline Chaney; and her loving cats, Tiger and Alex.

Online condolences may be offered at www.BrownFuneralHomesWV.com.

Christopher C. Nellis passed away on November 22, 2004 at the age of 51, following a courageous 3-year battle with colon cancer. Chris was born August 13, 1953 in Winchester, VA, son of the late David C. & Ruth S. Nellis. He married Sharon Leigh Steele (JW '71) on August 12, 1973. He was employed in the shipping department of Rubbermaid Commercial Products since 1976. A 1971 graduate of James Wood High School, Chris entered the U.S. Navy and served from 1971-1976 as an air traffic controllman, with tours of duty at NALF Crows Landing, CA, and NAS Agana, Guam. He was a member of Stephens City United Methodist Church, and originally Burnt Presbyterian Church at Albin. He was a member of the Stephens City Lions Club, serving as president in 2001-2002. He served the Town of Stephens City as a member of the Historic Preservation Commission, served on the Planning Commission and the Water & Sewer Committee. In addition to his wife, he was survived by two sons, Scott Christopher Nellis, of New Palestine, Indiana, and Brent Michael Nellis, of Stephens City; also a sister, Joyce Nellis Bowers of Martinez, Georgia, four nieces and two nephews.

I spent 25 years with this wonderful man, who passed away May 16, 2020. He will be dearly missed. He was a wonderful husband, friend and life mate, also a wonderful step father, brother, uncle, and grandfather. He loved studying biblical literature.

Master Sergeant Darnell Eric Breeden, 37, of Bristow, VA, died Friday, March 12, 2010 at his home in Bristow, Virginia, in the arms of his loving wife with his brother and sister-in-law by his side, after a long and courageous battle with cancer.

MSgt. Breeden was born in 1972 in Winchester, VA, the son of Charles R. Breeden and Peggy C. Oates. He was a Master Sergeant with the United States Air Force Security Forces, where he was awarded the Air Force Commendation Medal, as well as the Air Force Achievement Medal, both two oak leaf clusters, and the Meritorious Service Medal. He was a 1991 graduate of James Wood High School, and earned an Associate Degree in Criminal Justice from the Air Force Academy Community College. He was also a member of Living Hope Presbyterian Church. Darnell will be remembered for his passion for life, his optimistic outlook, and his inspiring attitude towards life. In his spare time he enjoyed spending time with family and friends, especially his quality time with his father and brother. He was an avid dog and Jeep lover.

His life truly began when he married his soul mate, Sherry Conway Breeden on September 13, 2005 in Clearbrook, VA. Sherry devoted her life to him, especially throughout the most difficult times. She never left his side.


Surviving with his wife and parents is a son, Hunter Fortune; a brother, Chuck Breeden and his wife, Dori of Wesley Chapel, NC; his paternal grandmother, Anna Sue Stickley; his maternal grandmother, Gladys S. Thomas; his mother and father-in-law, David and Donna Conway of Martinsburg, WV and a half sister, as well as a niece and several nephews, especially Caleb, Joshua, Noah â€œLittle Dâ€, Elijah and Jonah. He was preceded in death by his paternal grandfather, Charles Richard Breeden, Sr., and his maternal grandfather, Llewellyn Vance Combs. He will be greatly missed by all.

Passed away due to an aortic dissection, he is survived by his wife and two daughters. He will be missed.

He was born April 2, 1973, in Winchester, the son of James and Gail Nuri Hollinger of Gore. Jim was a member of First Baptist Church in Winchester. He was a 1991 graduate of James Wood High School. He attended Lord Fairfax Community College in Middletown.

He was most recently employed as an HVAC tech at Shenandoah University. Jim loved and was loved by a great number of friends and family, including his beloved canine companion, Tank.

Jim served in the United States Army from 1994 to 1999. While in the Army, he was deployed to Korea with the 187th Medical Battalion where he served with distinction, receiving many documented commendations for performance.

He was active in Civil War re-enactments, where he was a private in the 116th Pennsylvania Volunteers, Company I, National Regiment.

He was known for his fun-loving spirit, contagious smile and his extensive knowledge of trivia.

His parents; sister, Amy Curren, and her husband, Craig, and nephew, Tyler, of Berryville; grandmother, R. Anna Hollinger of Manheim, Pa.; and an extensive group of aunts, uncles, and cousins survive Jim.

The family will receive friends Wednesday, May 31, from 7 to 9 p.m. at Jones Funeral Home in Winchester.

A memorial service will be held at First Baptist Church in Win-chester on Thursday, June 1, at 11 a.m., with the Rev. George H. Fletcher officiating. Inurnment will be private.

Friends of Jim and his family are welcome at the Hollinger home in Gore at anytime.

A son dearly loved by his parents, Barbara and Al Lazazzera, died on Sunday, April 16, 2006, at the Medical College of Virginia in Richmond.

Larry Hamrick Lazazzera lived in Richmond where he worked in sales and marketing. He was a member of Sacred Heart of Jesus Catholic Church.

Larry was born in Winchester on November 28, 1953. He is survived by his parents and a brother, Jim Lazazzera of Daytona Beach, FL.

Some of the joys of his life were music and boating. He loved playing his guitar and piano.

The funeral service will be private.

Larry was a happy person and made people around him happy. May God bless him! He will be missed by all who knew him.

Arrangements are being handled by Omps Funeral Home, Amherst Chapel.

My Mom passed away following a long a courageous battle against breast cancer.

She was born July 8, 1973, in Winchester, the daughter of David L. and Gail Fletcher Shanholtz.

Stefany had been a mortgage lender with United Bank and the former Marathon Bank for fifteen years.

She was a 1991 graduate of James Wood High School, CO-chair of the Skyline High School Band-Aids and a member of the Church of Christ at Mountain View.

Surviving are her son, Carter Lee Robertson of Middletown; her parents, David L. and Gail Fletcher Shanholtz of Stephens City; her brother, David P. Shanholtz and his wife Laura of Stephens City and nephews, Spencer and Luke Shanholtz; her sister, Amy Shanholtz Messick and her husband Danny and a niece, Amber Messick and nephews, Austin and Chase Messick; her maternal grandmother, Jean Lyles of Bowie, Maryland; numerous aunts, uncles and extended family; her second parents, Buddy and Alice Robertson of Stephens City; her close friend, Michael Smith of Amissville, Virginia and her beloved lab, Midnight.

A funeral service will be Thursday at 11:00 a.m. in Mountain View Church of Christ with Evangelist Doug Hardman officiating. Burial will follow in Mount Hebron Cemetery.

Sign the Guest Book at www.nvdaily.com/obituaries
Published in Northern Virginia Daily on July 19, 2011

Such a good guy, lost too soon. A talent in guitar, who is missed everyday. 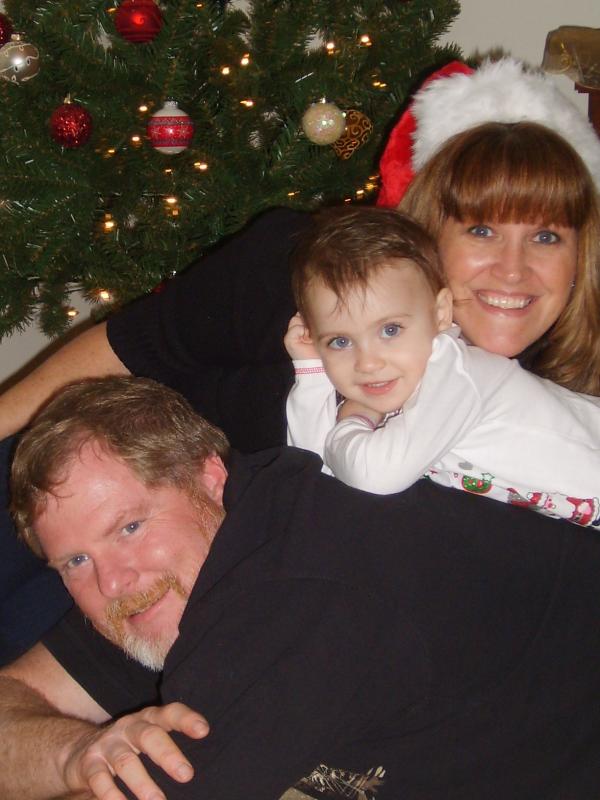 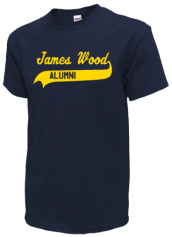