Have you lost your Irvington High School class ring? Have you found someone's class ring? Visit our Vikings lost class ring page to search for your class ring or post information about a found ring.

Gregory Allen Cucculelli
Former Resident of Fremont It saddens close friends and family of an Irvington High Class of 1975 graduate, Gregory Allen Cucculelli, 51, passed on November 18, 2008 suffering from respiratory complications following a long illness. He is survived by his loving wife of 31 years Debbie, his two children, son Greg Jr, and daughter Michelle as well as three grand children Arianna, Emma and Scarlett Rose. He is also survived by his two brothers Ray and Jeff and all of his friends in Eureka, Fortuna, Rio Del and Fremont. Greg enjoyed reminiscing about his High School years at Irvington High in Fremont where he participated in football and track. He made friends easily and enjoyed all the special stories and memories that made his life meaningful. Greg retired after 25 years working in Fremont. He choose the town of Rio Del because he enjoyed the peaceful laidback atmosphere. The service will be held at the Reynols home, 1730 Greenfield Pl, Fortuna, Ca. 95540. If you would like to send donations in memory of Greg Cucculelli, please send to: 995 Riverside Drive 50, Rio Del, Ca. 95562

Linda and her husband Steven Riley were murdered by person(s) unknown. Her son Matthew was convicted but the family believes he is innocent.
Linda earned a Master's degree from UC Davis in Literature. She is survived by her 2 children, Matthew and Danielle.

After high school, Paul attended Ohlone College and Hayward State University. He enlisted in the US Army in 1975 and was trained as a musician: flute, piccolo, and oboe. He served in Germany in the late 70's. Paul was a gifted musician and artist.

Paul is survived by a daughter, Heather, his mother Mary Johnson, two sisters: Mona'70 (and Dave) Glesne and Anna Corso, one brother David'76 and 4 nephews, and 3 neices.

Paul Thomas Villarante passed away peacefully in his sleep, tv remote in hand, on April 13, 2008. He was 48 years old. Paul’s hobbies included restoring cars, riding his Harley Davidson motorcycle, camping, barbequing, and attending Oakland Raiders football games. He was such an avid Oakland Raiders fan his home was even painted silver and black. He took great pride in the care of his home, yard, and vehicles. He loved vacationing in Hawaii and eating at luaus.

Paul had a gentle soul, and was a dedicated and loyal person who took immense pleasure in caring for his mother, family and friends. Paul’s home was always open to family, friends and those in need of a place to stay and something to eat.

He worked for over 25 years as a store manager for Rynck Goodyear in the bay area and more recently for Dublin Honda and Big O Tires of Livermore. He treated all his loyal customers, employees, and co-workers as personal friends. Paul was truly loved and will be missed by everyone that knew him.

He is survived by his parents, Robert and Dolores (Dodie) Teague; his brothers Peter Villarante, Bobby & Maria Teague; his sister Allison Villarante, and his nephews, Nathan, Brian, and Nicholas Villarante, Christian Teague and his nieces Sarah Roske and Maisie Teague.

Service for Paul will be Tuesday April 22, 2008 at 11:00 am at: Fry’s Memorial Chapel at 550 So. Central Ave. Tracy, CA. Burial immediately following at the Tracy Public Cemetary. Informal reception will be held at the Banta Inn 22563 S. 7th Street, Tracy, CA.

A fund has been set up by the family to assist in final expenses. Your generous donations can be made at any Wells Fargo branch in the name of “The Paul Villarante Memorial Fund”; account# 6860223723. Contact Jessica Cervellon @ Wells Fargo with any questions; (925) 284-9101.

Scott passed on this fall from natural causes. He was a member of the Irvington baseball team. He was my neighbor and classmate from Blacow School through Irvington. We lost touch after High School, but my parents saw him frequently taking care of his mother, who still lives in the same house. You were a good guy, Scott.

Steve passed away suddenly this September. Steve was one of the few athletes to acheive a White sweater in sports at Irvington H.S. Steve was a great friend and loved his friends and especially his family and wife Jackie.

Suzanne struggled with many health issues for many years and succumbed to respiratory failure after several days in a coma. She is finally at peace.

Thomas Howard was taken home to be with the Lord while serving active duty with the United States Army within the 82nd Airborne Rangers elite group of service members during the end of the Vietnam war.

Tom was identified early in his basic training with exceptional skills required of being trained as an Airborne Ranger to include marksmanship and the love of parachuting.

He was an awesome, caring, gentle spirited brother and friend to many including his immediate family of 3 brothers and 3 sisters, one from class of 1974, Jan Marie Howard, whom he was a dear friend and protector as a older brother should be.

He served his country well within the limited time God allowed him. We all look forward to reuniting with Tom some day in Heaven .... all in God's perfect timing. 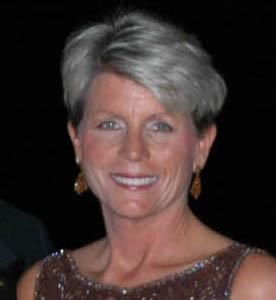 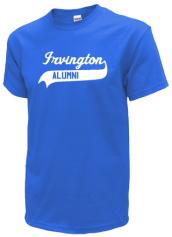 Read and submit stories about our classmates from Irvington High School, post achievements and news about our alumni, and post photos of our fellow Vikings.