HEHS Class of 1966, engraved inside ring initials CAC, $500 Reward if ring can be confirmed as being mine.

I actually have my ring but lost the stone out of it. It was the ruby,square and hehs emblem. Need to find out how to get replaced.

I need to know what the class rings for girls looked like from 1960. The ones without a stone in them. I lost the gold emblem from my ring. The company will replace it but they don't know what it looked like. Can anyone help? clarencequalls@att.net

Man's ring. Initials NDA inside. Class of 1970. My emali address is fcwc2006@aol.com in Bangor ME. I found this ring years ago.
Marcia

Found Class of 1990 ring. Name on the ring is Mike. Intials inside the ring read MBM. Has a picture of a bag pipe player and on the other side is the mdeical symbol. Blue sapphire stone.
Contact me at fishingwalldo@yahoo.com 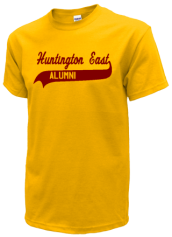 I have a 1956 yearbook for sale. It is in perfect condition and
can post picture. It was my late sister Janice ...
Read More »