Have you lost your Hueytown High School class ring? Have you found someone's class ring? Visit our Golden Gophers lost class ring page to search for your class ring or post information about a found ring.

He was Murdered..blount trauma force to the head.

Brandon lost a long battle with a rare blood disease. I miss him dearly as does his 3 children and his brother and family. R.I.P. brother.

Bruce passed away after a 7 year battle with cancer, leiomyosarcoma. His smile is missed everyday.

Charlie was a great guy and my best friend. In fact, we were best friends from the time we met until his passing.That was more than thirty years. He and I bonded instantly when his dad moved the family to Hueytown to be the Head Football Coach.
We shared a love of football, Corvettes and music, (he especially Led Zepplin and ELP; me especially The Beatles), among many other things. Above all, even though we were quite the opposites in some ways, we just understood each other.
Coach Hearn would later tell me many times that "boy he loved you son. He loved you more than a brother"......and that love was certainly mutual. The adventures we shared from high school until his death could easily fill a book or two.
To many people he was a bit hard to get to know, but somehow we connected with each other from the day we met. I don't know how to explain it. We were just each other's 'forever friend', I guess. I sincerely hope you have experienced that in your life.

He was one of the most unique individuals I have ever known. Sometimes brash (OK, often brash), sometimes insecure, he was complex and complicated, extremely intelligent and always pushing boundaries.....his and those of other people too.

I can still see him tearing around Hueytown in that red 62 Corvette he bought from my dad.....can't you?

Chuck loved Hueytown and spoke of it often for the rest of his life.
We tragically lost Charlie to a car crash in 2003. He left behind his wife and two beautiful girls.
I still miss him every day.

It is hard to believe it has been 20 years he was taken from us. I know he is in a much better place and is watching over us daily. Roll Tide Bubba!!!! Love and miss you!!

Donnie passed away from complications of kidney cancer. He left behind his wife, Lynne of 36 years, son Kyle class of 2001, daughter Alison class of 2005, and their spouses. He left 6 grandchildren and 2 born since his death. He is greatly missed.

I learned from a classmate, John Egan, that Dwain Pollard passed away this year. His obituary should be in the local paper, to which I do not have access since it is not available online.

Ricky Ingram was my brother in law, but was much more like a brother. He left my sister, Robin and my niece Stacey and my nephew Adam behind. He is truly missed. One of the nicest people you could ever know. I first met Ricky at Pittman Jr. High. He towered over everyone as he was 6'8" tall. A very impressive man. There was no doubt he was the tallest man in Hueytown High School.

After a battle with cancer.

I am her sister Cindy, and I thought I'd let anyone who was interested, know what happened. She was killed in a car accident, by a drunk driver. For more info..just IM me..and I will let you know. There is a memory page of her up on the Hueytown Class of 1984 Reunion web site.
Thanks.. Stay Safe
Cindy

Sadly, I found Lynn's obituary on al.com sometime during the year 2006. The article mentioned that she had become a nurse and worked for UAB before she died. Age at time of death was 50. Her twin is Anne Mills, who survived her.

Wonderful friend that truly became a sister to me. We shared many wonderful memories together and held on to each other until the end. The world has truly lost a percious soul that gave so much love to others. We held onto each other and she never complained during the difficult time at the end. God gave me a blessing of a true friend which I miss so much. Angie, this is for you until we meet again.

Mary Elizabeth Stanley Riner was living in Bluffton, SC when she passed away .

Mike passed away after a short battle with cancer.

As we reach the one year anniversary of our beautiful Pamela's call home to Glory,
We celebrate her life as the remembrance of her tells the story.
The story of her significance when she walked on this earth,
She touched everyone she knew â€“ she defined her worth.
We love you Pamela â€“ your memory is here to stay,
We promise to join you in Glory where we will walk around Heaven all day. 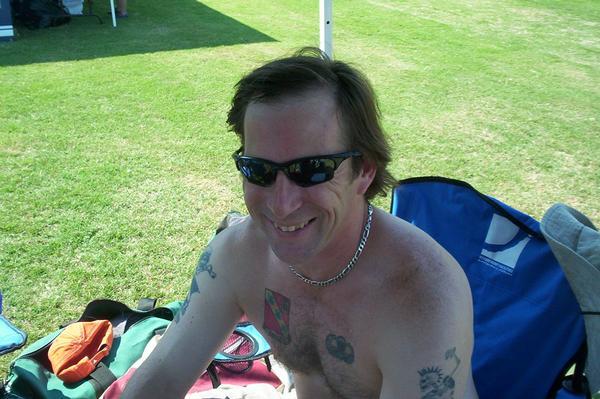 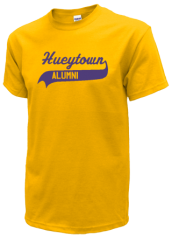 Read and submit stories about our classmates from Hueytown High School, post achievements and news about our alumni, and post photos of our fellow Golden Gophers.

I am curious to know if anyone is planning a 25 year reunion for the class of 1987.
Read More »