Have you lost your Homer Central High School class ring? Have you found someone's class ring? Visit our Trojans lost class ring page to search for your class ring or post information about a found ring.

Brian Condie
Class of 1993
Air Force, 14 Years
Been in for 14.5 years now close to retirement
Report a Problem

joesph tinker
Class of 1989
Army, 19 Years
going back to afghanistan
Report a Problem

Mike Armstrong
Class of 1972
Army, 17 Years
Joined the Army in 1973. Grduated from Airborne School in Feb 1974. 3 years in Italy with the 1/509th Airborne. Transfered to Special Forces (Green Berets) in 1977. Served in the 10th and 1st Special Forces Groups. Medically retired in 1990. Traveled all over Europe and SE Asia, Japan and the Phillipines. Had a great time.
Report a Problem

Nicole (Tinker) Chapman
Class of 1995
Army, 3 Years
Served in the USARMY from 1997 - 2000 was honorably discharged, as a disabled veteran.
Report a Problem

Scott Pickett
Class of 1975
Navy, 20+ Years
Stationed in numerous places around the world. Aboard the Aircraft Carrier USS Saratoga during Desert Shield and Desert Storm stationed in the Red Sea.
Report a Problem
12 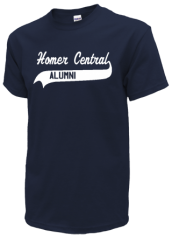 Read and submit stories about our classmates from Homer Central High School, post achievements and news about our alumni, and post photos of our fellow Trojans.

2014 will be the 25th anniversary of the NYS Envirothon. I would like to catch up with members of the 1990 Homer Envirot...
Read More »

View More or Post
In Memory Of
Our Homer Central High School military alumni are some of the most outstanding people we know and this page recognizes them and everything they have done! Not everyone gets to come home for the holidays and we want our Homer Central High School Military to know that they are loved and appreciated. All of us in Homer are proud of our military alumni and want to thank them for risking their lives to protect our country!