Have you lost your Hoboken High School class ring? Have you found someone's class ring? Visit our Redwings lost class ring page to search for your class ring or post information about a found ring.

Frank Dulfer
Class of 1969
National Guard, 20+ Years
Served some active duty time as an enlisted soldier then joined the New Jersey Army National Guard and went to OCS to become an officer. Retired in March of 2009 with 32 years of service.
Report a Problem

Joanna Benya
Class of 1970
Marine Corps, 3 Years
Went from Parris Island to MCRD San Diego. Worked with SRB's(Service Record Books) of 3 Battalions of male recruits. Received 2 Meritorious promotions, one out of bootcamp to PFC(E-2) next promotion was to CPL(E3) in San Diego for the work I did with the SRB's prior to CMC inspection. I know live in Lititz Pa
Report a Problem

Max Parsanlal
Class of 1981
Navy, 8 Years
I enlisted in the delayed entry program 9 months before I graduated and went to basic training on Sept 17 1981 in Great Lakes,Illinois.After that I was sent to Naval Air Station North Island on Coronado island San Diego,CA,for 5 months of Aviation Maintenance training.I was then permanently stationed in Naval Air Station Jacksonville,FL where I was assigned to my squadron HS-15 and served the rest of my active duty with them and made a couple of deployments in the mediterranean sea on board the carrier USS INDEPENCE.After completion of active duty on Dec 1981,I stayed in the active Naval Air reserves until 1989.I had many great memories and lots of fun serving my country of which I'm very proud of.
Report a Problem 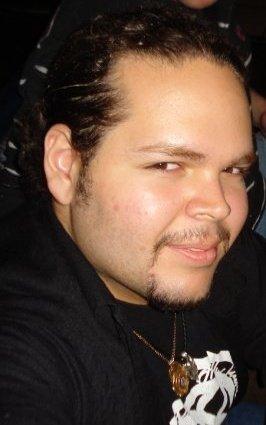 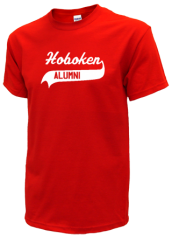 Read and submit stories about our classmates from Hoboken High School, post achievements and news about our alumni, and post photos of our fellow Redwings.

Hoboken and its neighbors need you now.

Hurricane Sandy is behind us no...
Read More »

View More or Post
In Memory Of
Our Hoboken High School military alumni are some of the most outstanding people we know and this page recognizes them and everything they have done! Not everyone gets to come home for the holidays and we want our Hoboken High School Military to know that they are loved and appreciated. All of us in Hoboken are proud of our military alumni and want to thank them for risking their lives to protect our country!