Have you lost your Hillside High School class ring? Have you found someone's class ring? Visit our Hornets lost class ring page to search for your class ring or post information about a found ring.

Brenda Laney
Class of 1977
Army, 20+ Years
I joined the US Army as a 91G Behavioral Science Specialist. Being in the military afforded the opportunity to further my education and learn skills that I would not have been able to learn in the traditional school settings. It also allowed me to meet a multitude of people from different cultures and I made a lot of wonderful life long friends.
Report a Problem

DANITA PATRICK-LUMPKIN
Class of 1990
Air Force, 4 Years
I served as a Med Tech in the USAF. Once I got out of the service I continued to serve my fellow brothers and sisters at the Atlanta VA and then back home at the Durham VA, where I continue to serve.
Report a Problem

John Glover
Class of 1962
Air Force, 4 Years
Spent all my time as a military policeman in both airplane and base security. I was stationed at Walker AFB New Mexico (now closed) which was 10 miles from Roswell N.M. Had temporary assignments to Nebraska and Montana. Was on high alert during Cuban Missile Crisis and missed shipping out to Vietnam by 6 months. I had decided early in my tour of duty that the military was not for me.
Report a Problem

KEITH GILCHRIST
Class of 1969
Army, 3 Years
US and Germany
Report a Problem 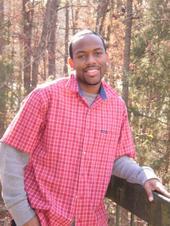 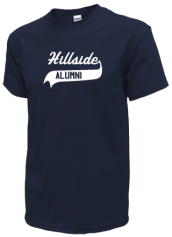 Read and submit stories about our classmates from Hillside High School, post achievements and news about our alumni, and post photos of our fellow Hornets.

View More or Post
In Memory Of
Our Hillside High School military alumni are some of the most outstanding people we know and this page recognizes them and everything they have done! Not everyone gets to come home for the holidays and we want our Hillside High School Military to know that they are loved and appreciated. All of us in Durham are proud of our military alumni and want to thank them for risking their lives to protect our country!