Al Kertel passed away suddenly on December 3rd in Belmont, Ca. Born in Carrolton, OH on November 27th, 1947. TheKertel Family moved to the "New" San Mateo Village in 1957 where Al attended George Hall and Abbott Middle School before graduating from Hillsdale High in 1965. He had many jobs and incredible life experiences, including becoming the Fire Marshall on Kwajalein in the Marshall Islands, where he lived and worked for over 10 years. Al always celebrated the diversity in everyone and made friends everywhere he went. Big Al was a tough guy with a huge heart and he loved his family and friends, his harley, Bay Meadows Racetrack and all sports. He will be fondly remembered and sadly missed by all of his extended family and friends around the world. Al is survived by his mother Rose and sister Diana Gerig of Napa, his brother Eddie of Novato, his sons, Jason of Elk Grove, and Eddie of San Mateo, his grandkids Nick and Eli, and a host of nieces, nephews and cousins. There will be a celebration of Al's life at 2pm this Saturday, January 26th, 2013 at the San Carlos Adult Community Center, 601 Chestnut St. San Carlos, Ca. All are invited and encouraged to attend. In lieu of flowers the family encourages donations be made to The American Heart Association in Al's name.

Beth died too young, in her 40s. She was a wonderful friend and I miss her still. She is survived by her daughter. Cathy Smith, class of '66.

Bruce passed in Elk Grove, CA. He loved his wife and daughter. And had a love for the ponies. Bay Meadows was his favorite. Bruce is walking the streets of gold now. He is missed.

We lost our dear friend Carol, after a brief illness with her liver. She was always smiling and laughing with life. She kept in touch with many friends since grammar school at Knolls, then Abbott Jr High, and Hillsdale High. She will be missed by many people that loved her.

Connie (Smith) Morgan of Belmont, California passed away at home following a twenty-one month battle with cancer. A lifelong resident of the Peninsula, Connie distinguished herself both as an artist and an elementary schoolteacher in the Belmont-Redwood Shores School District. Connie is survived by her husband of 40 years, Glenn, and her children, Jay Morgan of San Mateo and Lindsay Byrnes of San Carlos, as well as her grandchildren Jonathan, Drew and Abby. Connie is also survived by her mother, Jane Wendell of Camarillo, California and her sister Barbara McFadden of Lacey, Washington. Her brother, Dean, passed away in Jan. of 2011. Connie will long be remembered for her passion for teaching, travel, gardening and art. Connie leaves behind her many loyal friends as well as a generation of devoted students.

Craig was a friend since jr. high . He lived in the L.A. area so not much info from his family . He was fighting cancer thats all I know for now .

Has passed away after having Cancer.

Dean Coburn Smith, passed away on Wednesday, January 12, 2011 at his home on Bainbridge Island, Washington. He was born on August 16, 1947 to John and Jane Smith.
Dean attended Lassen College where he studied forestry and Humbolt State University where he studied fisheries and hydrology. He retired in 2004 after working as a forester and a fisheries biologist. He enjoyed woodworking, fishing, camping, and boat building, but sailing was his passion. Dean began sailing on Lake Erie as a child and later learned to race sailboats on San Francisco Bay. He moved to Bainbridge Island in 1992 and began cruising Puget Sound. He lived aboard his sailboat for 15 years and after he retired, sailed with his family down the coast to Mexico.
On his return he worked as the sexton at St. Barnabas Episcopal Church on Bainbridge Island where he maintained the church structures and grounds and rebuilt the day school deck and play structure.
Dean is survived by his wife Mary Anne Smith of Bainbridge Island, son John Paul Smith of Bainbridge Island, son Jason Pageau of Las Vegas, NV mother Jane Wendell of Camarillo, CA, sisters Barb McFadden of Tumwater, WA and Connie Morgan of Belmont, CA. He was preceded in death by his father John William Smith. Dean was a quiet man of great integrity and generosity of spirit and will be deeply missed.
Family and friends are respectfully invited to attend the Memorial Service on Saturday, January 29, 2011 at 2:00 pm at St. Barnabas Episcopal Church on Bainbridge Island, WA. Private interment will follow at the church cemetery and a reception for all will take place in the church hall. Memorial contributions can be made to The American Cancer Society.

Born May 20, 1947 in Italy, passed on January 26, 2011. Germano, known by many as Nick, moved to America at age 7. Nick graduated from Hillsdale High in '65 and went on to receive his degree from CSM. He served in the Navy on the USS Waddell from '67 to '71. Nick worked passionately in the biomedical field for nearly 40 years. He enjoyed exploring the US by motorcycle with his friends and family. Other hobbies included working with wood and computers. Nick was a very hard-working man and had a talent for fixing things. He was a devoted and loving family man, and lively and fun-loving friend to many. He is survived by his wife Maureen (Bowden) Cortese of 34 years, children John, Laurie, and Kimberly Cortese, and sister Ida (Cortese) Dan. Rosary to be held 2/2 at Sneider Sullivan & O'Connell's Funeral Home, 977 So. El Camino Real in San Mateo. A Funeral Mass will be celebrated at 10:30 a.m. on Thursday, 2/3 at St. Gregory Catholic Church, 28th and Hacienda Street in San Mateo. Committal at Holy Cross Cemetery in Colma.

My beloved uncle, Charlie Fasshauer, passed away not long after he was diagnosed with having a brain tumor. Always a kid at heart; car enthusiast and a newly married man, he died peacefully just after his 60th birthday near his home in Madera, CA. Missing him still...

Jim passed away after a long illness. He is survived by his four sisters, Judy Ashford, Jane Symes, Jackie Sayer, and Janet Fischer, all graduates of Hillsdale High. 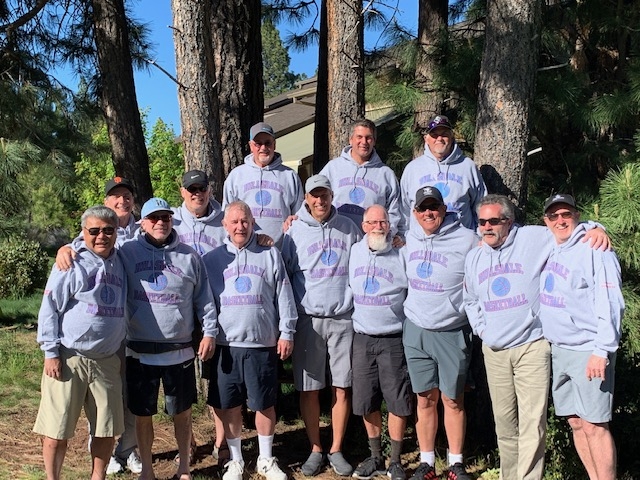 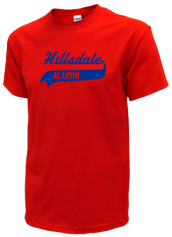