Have you lost your Highlands High School class ring? Have you found someone's class ring? Visit our Scots lost class ring page to search for your class ring or post information about a found ring.

Albert Leslie Robinson
Class of 1981
Army, 3 Years
Served from 84-87 in Wildflecken, West Germany at the time, and also stateside at Fort Ord.
Report a Problem

Craig Donat
Class of 1979
Army, 20+ Years
Craig is currently serving in the California Army National Guard, active duty. He plans to retire in 4 years. He also served 3 years in the Air Force after graduating from High School.
Report a Problem

Larry Davis
Class of 1977
Air Force, 20+ Years
Started off as a Pararescue man in Special Operations, and then finished my 20 years as a mainframe systems programmer
Report a Problem

Melody V. Carlyse/Lucas
Class of 1974
Army, 3 Years
went in
Did time
got out

Ray Estrella
Class of 1972
Air Force, 20+ Years
Retired after 41 years of service. Combat Search and Rescue: "That Others May Live"
Report a Problem 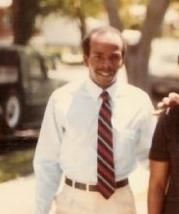 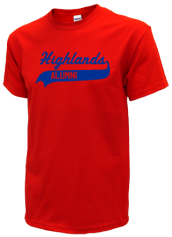 Read and submit stories about our classmates from Highlands High School, post achievements and news about our alumni, and post photos of our fellow Scots.

Loreene Sheppard '67 called and asked me to invite everyone (families welcome)
who wants to join her on Saturday,...
Read More »

View More or Post
In Memory Of
Our Highlands High School military alumni are some of the most outstanding people we know and this page recognizes them and everything they have done! Not everyone gets to come home for the holidays and we want our Highlands High School Military to know that they are loved and appreciated. All of us in North Highlands are proud of our military alumni and want to thank them for risking their lives to protect our country!